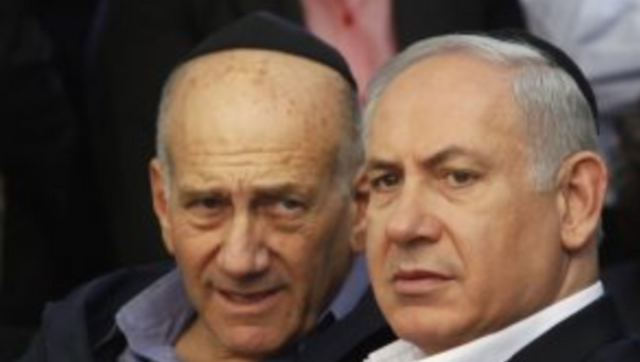 Former Israeli prime minister Ehud Olmert must pay the equivalent of around €17,000 ($17,550) in compensation to Prime Minister-designate Benjamin Netanyahu for defamation, the court in Tel Aviv announced on Monday.

Olmert, who had called Netanyahu and his family “mentally ill,” must also pay the court costs.

Netanyahu filed the defamation suit against his predecessor in May last year, claiming damages equivalent to around €236,000.

Olmert had described Netanyahu, his wife Sara, and his son Yair as incurably “mentally ill” in an interview.

Netanyahu then accused Olmert of compulsively trying to harm him, his family, and their good name.

Olmert defended himself by saying that he had only expressed the views of the Israeli public and international leaders.

However, the court rejected Olmert’s representation that it was a matter of free speech.

Israeli media have repeatedly reported on alleged violent outbursts of anger by Sara Netanyahu, who has been sued and convicted of harassment by several former employees.

Netanyahu’s adult son Yair is known for his harsh campaigns against political opponents on social media, and he is often accused of an extremely rude tone.

He himself has to compensate a journalist with the equivalent of more than €70,000 for defamation, after a ruling by the Supreme Court confirmed last week.

Politicians Olmert and Netanyahu have also had experience with the judicial system.

Olmert was sent to prison in February 2016, though he didn’t serve all his 19-month sentence.

Netanyahu has also been involved in a corruption trial since May 2020.

After his victory in the parliamentary election on November 1, Netanyahu is currently trying to form a new right-wing religious coalition.