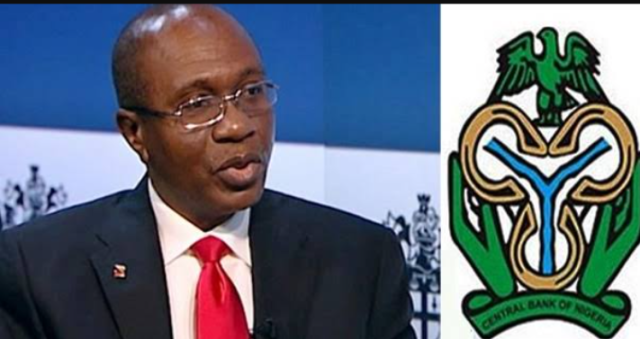 The Arewa Economic Advancement Promoters ( Area – P),  has thrown its weight behind the policy for redesigning the nation’s currency by the Central Bank of Nigeria.

While addressing a press conference in Kaduna, the group’s convener, Nasir Dambatta, said they shared the Central Bank of Nigeria’s concerns about the urgent need to take measures to deal with liquidity and the flow of crime proceeds in the nation and also felt duty bound to underscore the essence of the Naira redesign policy generally.

The group of strategic communication specialists and academics which has been involved in advocacy on economic empowerment policies and programmes in Northern Nigeria, declared as unacceptable for Nigeria to allow 80% of badly-needed cash outside commercial banks because this has so far had damaging consequences on the national economy.

The group said the CBN should be allowed to follow this process upto the point of regaining full control over the money supply.

“This is necessary, at least in view of our worrisome inflation, which reached 20.7 per cent in September 2022, according to media reports. The CBN Governor, Mr. Godwin Emefiele admitted that as at September 2022, Nigerian banking system had N3.23 trillion in circulation. Of this amount, N2.73 trillion is now outside commercial  bank vaults or hidden by some citizens in crude forms.”

“Our independent investigation has confirmed that the CBN wants to first and foremost mop up  that N3.32 trillion back into the system,  to enable the apex bank take control of money supply again, and begin to see how such a strategy will help rein in inflation.”

“We also wish to draw the attention of Nigerians to the fact that the CBN has acted within the limits of its monetary policy powers, on this naira redesign policy. The management of the CBN relied on section 2(b), section 18(a), and section 19(a)(b) of the CBN Act 2007; had duly sought and obtained  President Muhammadu Buhari’s approval to proceed with releasing and circulation of new series of N200, N500, and N1,000 banknotes.”

The group shared the Senate’s position as captured by the Committee Chairman on Banking, Insurance and other Financial Institutions – Senator  Uba Sani( Kaduna Central) that the CBN’s action will address counterfeiting due to the prolonged use of the same notes, pulling the cash outside the banks will augur well for the economy as monetary policy decision making will be easier and that fewer notes, especially outside the banking system, will curb terrorism financing.

“We agree with Uba Sani that the less cash available outside the banking system will reduce corrupt practices engendered by cash exchanges,” he said.

The Group also noted that Committee had been mandated by the Senate to deploy “aggressive” monitoring of the redesign process is very good for Nigeria, saying it is a commendable step.

“We wish to also commend  President Muhammadu Buhari, his Chief Economic Adviser and Central Bank Bank Governor, Dr. Godwin Emefiele; the Senate’s  Banking and Finance Committee leadership and other relevant stakeholders for this well-thought-out policy, without prejudice to those opposed to the policy for political reasons or ignorance of the difference between Monetary Policy and Fiscal Policy.

“We also hereby announce our willingness to voluntarily join stakeholders in redoubling efforts towards sustaining the tempo of public enlightenment on Naira Redesign and related issues.

“As a group, we hereby declare the CBN Governor, Godwin  Emefiele our Man of The Year for the trillions of Naira agricultural support funds and empowerment of owners of Small Scale and Medium Enterprises in our region and indeed Nigeria. Furthermore, he successfully led Nigeria out of recession twice.”