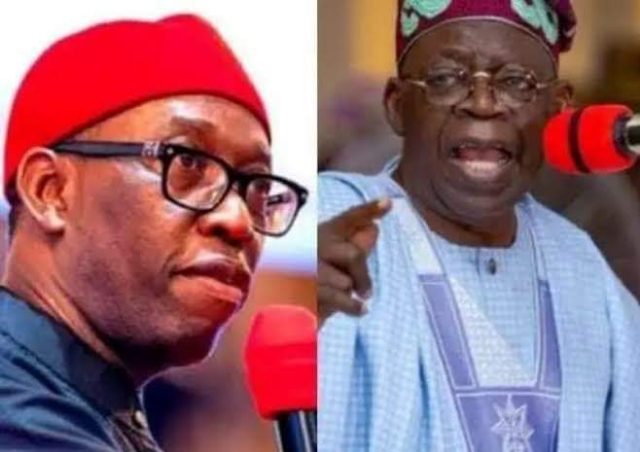 Recall that Tinubu had on Saturday, during his presidential rally in Delta, slammed the PDP presidential candidate Atiku Abubakar for his consistent visit to Dubai, United Arab Emirates.

The former Governor of Lagos State also warned that Delta was not an Automated Teller Machine for migratory politicians from the state. Naija News reports that Tinubu’s comment was contained in a statement issued by his media officer, Tunde Rahman.

In a swift response to Tinubu’s allegations and demeaning comments about his person and relationship with Atiku, Okowa said he does not have time to respond to someone whose identity is still unknown to Nigerians.

Speaking through a spokesperson for the PDP Presidential Campaign Organisation and Delta State Commissioner for Information, Charles Aniagwu, the PDP Vice Presidential candidate said Deltans appreciated the state’s infrastructural development and that the state was “not like Lagos that Bola Tinubu put in his pocket.”