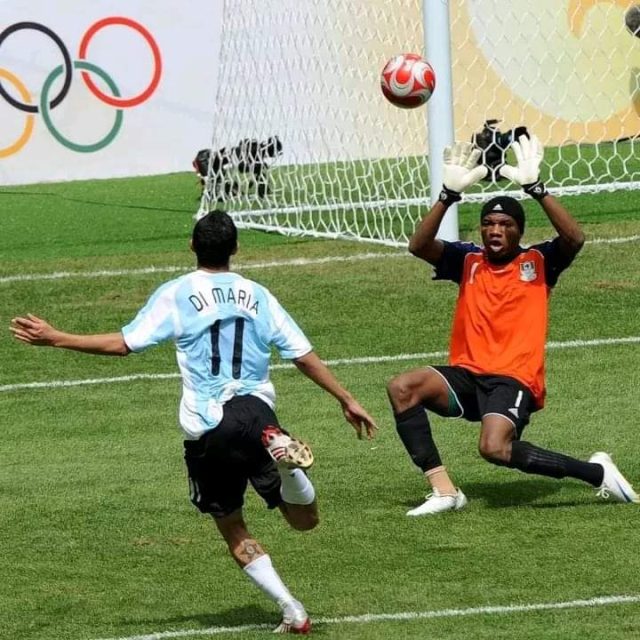 Who would have thought that the solid wall of Ambruse Vanzekin who on several occasions stopped Lionel Messi’s ferocious shots was broken by a cheeky loop from Angel Di Maria.

The Olympic Eagles were on attack, but suddenly lost possession leading to an attack; Messi on the turn was quick to spot the running Angel Di Maria, and laid a through pass to him.

Di Maria ran with ball with returning Onyekachi Apam still far from close, confident Vanzekin came off his lines to charge the ball….but was left helpless after the Argentine pulled a trick.

The Olympic team piled pressure in a bid to restore parity, but were left disappointed as they settled for Silver instead of Gold.