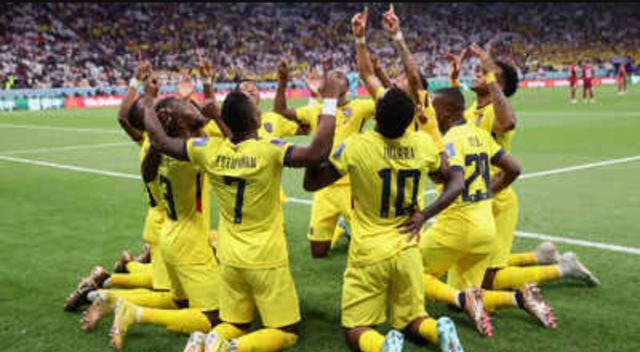 Felix Sanchez’s men have been together in camp for the last six months to prepare for the tournament and work on tactics, but a nervous and disjointed performance led to a Group A loss.

With Africa Cup of Nations champions Senegal and three-time finalists the Netherlands to come, this looked like Qatar’s easiest game on paper but they totally outplayed.

A dramatic opening to the contest saw Enner Valencia’s header from close range ruled out for offside by the video assistant referee, but the South Americans did break the deadlock shortly after.

Qatar’s erratic goalkeeper Saad al-Sheeb brought Valencia down in the box and the ex-West Ham forward stepped up to convert the spot-kick.

It got worse for the hosts as Valencia powered in another header before half-time to leave the Al Bayt Stadium silenced at the break.

Many supporters who had left the stadium at the interval did not return, leaving the ground around half empty for much of the second period.

It contributed to a flat atmosphere both off and on the pitch, with Romario Ibarra’s curling shot being pushed out by Al-Sheeb.

Star men Almoez Ali and captain Hassan al-Haydos were both substituted with 20 minutes remaining, and the side were unable to muster a shot on target.