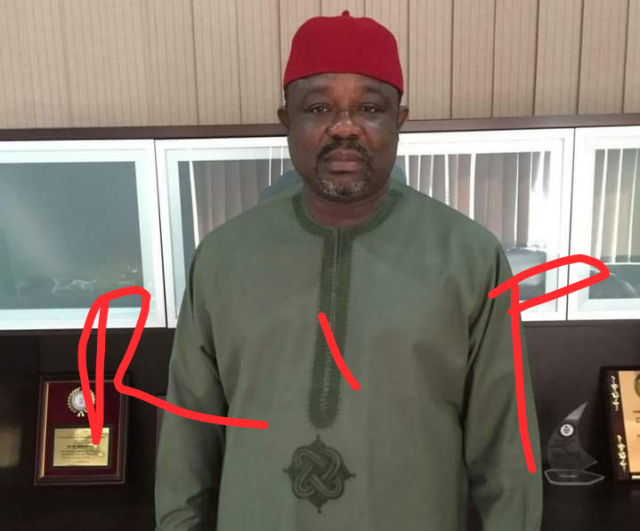 The Nigeria Police, Enugu state command has provided insights on the killing of late Gabriel Onuzulike a former Chairman of Oji-River LGA and Commissioner in Enugu State.

This was contained in a press release made available to News Center few minutes ago, today, November 19th, 2022.

The statement reads in full “Pending the receipt of a detailed report, kindly be informed that preliminary report reveals that two (2) of the assailants, said to have infiltrated into Oji-River from neighbouring Anambra State community, in the evening hours of 18/11/2022, that attacked and murdered one Gabriel Onuzulike (identified as former Chairman of Oji-River LGA and Commissioner in Enugu State Government) and his brother at Nkpokolo-Achi in Oji-River LGA, were neutralized by a Joint Police/Army Team, who swiftly responded to a distress call on the incident and intercepted the hoodlums at Inyi community of the same LGA, as they were escaping into Anambra State”.

“The Team further recovered an AK-47 rifle with two magazines loaded with ammunition, while a Toyota Land Cruiser Jeep belonging to the deceased victims, a Toyota Camry car the assailants attempted to snatch from another victim and a RAV4 Jeep they used for the heinous criminal operation, amongst other incriminating items, were also recovered”.

“Meanwhile, manhunt of the assailants, many of whom escaped into nearby forest with severe degrees of gunshot wounds in the ensuing gun duel, as a result of the superior firepower of the Joint Team, is still ongoing. Further development will be communicated, please” it ended.