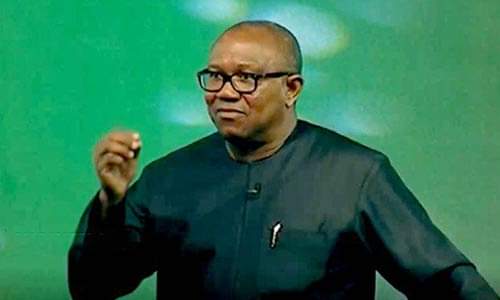 The presidential candidate of Labour Party, Peter Obi, has said that his desire is to see that the nation’s population becomes an asset and component of production.

Obi stated this in Mkar, Gboko Local Government Area of Benue State where he attended the NKST synod.

The presidential candidate said when compared to other nations like India and China, Nigeria population was very low but stated that what should be done as a responsible government was to convert it to an asset.

He said, “On Nigeria population figure, For me, instead of thinking of how we can regulate the birth rate, we can make that number an economic asset if we want to make the country productive.

“India is 1.2 billion, China 1.4 billion. China is high and we are still low even when we are one of the seventh in terms of high population. But the question is how do we make our population an asset and a component of production?

“In my Interaction with the Synod, because I came on invitation by the Synod to talk to them about the next election which I said is a crucial election. Just like I have said, the release shows that Nigeria is 216 million in population, it is said that 130 million are in poverty and that is what should concern us.”

Speaking on the economy, the presidential candidate expressed the need to reduce the cost of governance in the country and make the country productive.

“On the economy, for me, I do not know their reason for redesigning the currency; so, I cannot comment so much about it. But what I have been saying is that Nigeria is not a productive country.

“We must make it productive. If we get it up and running, we will see that things will start changing. We must reduce cost of governance, criminality and corruption within government space.

“There is no government that has eliminated everything but ours is at unacceptable level. We must reduce it to a drastic level. We should put every resource to production and you will see the country change.”

Obi, however, advised the people of Benue State to vote for candidates who shared in their pains.

He added that the 2023 general elections should produce leaders who would ensure normalcy returned to the state after several attacks by suspected Fulani herdsmen.

The former Anambra governor gave the advice while addressing his supporters on Friday in the Gboko Local Government Area of the state.

“Vote for those people who know you and who know your pains. Next year, please, vote for the right persons. We want a Benue where children will be in school and everything will be normal,” he said.

Several residents of the state have been displaced from their ancestral homes following unprovoked repeated attacks on them by armed men suspected to be Fulani herders.

Meanwhile, a former presidential aspirant of the All Progressives Congress in the 2019 elections, Charles Udeogaranya, has said he believes only a vibrant and tested politician like Obi can genuinely bring development to the North.

Udeogaranya disclosed that it would be unfortunate if the northern oligarch to compel their people again to follow herd mentality of voting candidates from the ruling party and the opposition Peoples Democratic Party, who had no fresh ideas of governance.

The politician left the ruling APC on October 19, saying the Muslim-Muslim ticket posture of his ex-party was a clear sign of an Islamisation agenda and despotic government.

But Udeogaranya, who affirmed his position in a statement issued in Abuja on Tuesday, counselled that an economy driven by petroleum resources had landed Nigeria in abysmal failure, rising debt burden, state of hopelessness, insecurity and poverty headquarters of the world.