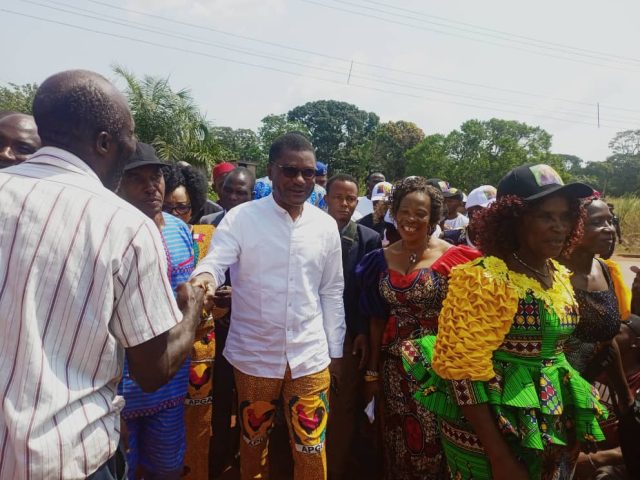 The Enugu gubernatorial candidate of the All Progressives Grand Alliance, APGA, Mr. Frank Nweke Jr. says his administration will prioritize security and welfare of citizens of the state.

Mr. Nweke Jr. stated this while addressing the people of Nkanu-West local government area, during the party’s ward tour exercise.

Addressing the people of Ozalla ward, Mr. Frank, stated his Commitment to bringing sustainable development in the state just as he did as Minister.e

He reiterated that his government will keep it simple, by providing the basic needs of portable water, security, and power in the area.

The APGA flagbearer also added that, his government will create enabling environment for small scale businesses to grow, by supporting petty traders.

He pledged to boost agriculture by empowering farmers with conventional farm tools and inputs.

The former Minister also promised to build a general hospital for the people of Ozalla.

Mr Frank urged the people to vote for a candidate of proven integrity and experience who will bring the needed change in the state.