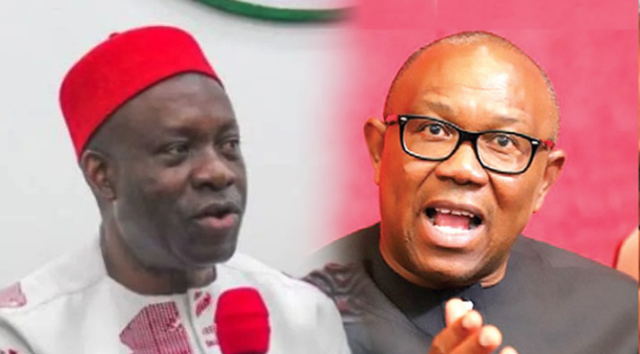 The presidential candidate of the Labour Party, Peter Obi on Tuesday, said he did his little as governor of Anambra State and urged the incumbent governor, Chukwuma Soludo to do his best in the state as an economics professor.

Obi stated this at the 2022 Lagos Business School (LBS) Alumni Conference in Lagos.

The Anambra governor between 2006 and 2014 was reacting to Soludo’s comments that the investment he (Obi) left in government is worth close to nothing.

Reacting on Tuesday in Lagos, Obi described Soludo as his brother.

“He (Soludo) remains my brother, we are very close. I remain prayerful for him. For other things which I didn’t succeed, God has given him opportunity to do it and succeed.

“So, if there is anything pending, governance doesn’t finish, people are still in government in America, so you stop where you will stop, other people will continue from there,” Obi said.

“He is the governor of the state; he is my senior brother, he is even more intelligent than me because he is a professor, I am a trader, so he knows more and will be able to do things better than I am doing it.

“I have done my little own as a trader, now the professor is there he will do his own as a professor, the schools I didn’t roof he will roof them, that’s how government goes.”