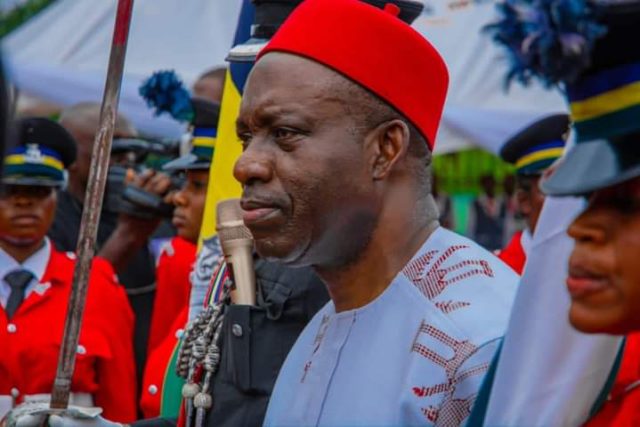 It was largely believed that the Governor Soludo’s family is battling and possibly in family problem following the open denial and remark of his celebrity Son, Ozonna Soludo.

Ozonna, Soludo’s son disassociates himself from his father’s political miscalculation and attack on the person of Mr. Peter Obi.

In Ozonna’s words ” I would appreciate not being dragged into this. I am not an extension of any body. I have my own opinions and I have always said I think Peter is the best candidate. All this has nothing to do with me”

Meanwhile, many people are interpreting Ozonna’s view as an outright rejection of his linkage to his father; and culturally, a disgrace.

Charles Awuzie in his reaction says “May I never become so desperate and envious that my own son will Publicly deny being an extension of me”.

“I will always consult my son to know his sentiments about an issue before making a public mess of myself”.

“Soludo has finally destroyed whatever is left of him. How has the mighty fallen”.

“Advice: stay away from Peter Obi – he is the rising of many and also the falling of the wicked. He is the anointed one” he concluded.

Emeka Udah in his reaction asked “I this not a public disgrace? How can a son deny his father publicly?”