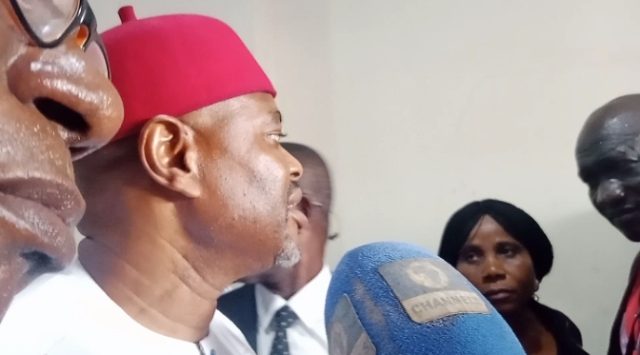 The Gubernatorial Candidate of All Progressive Congress, APC, Chief Uche Nnaji has declared that those who looted Enugu’s Money, or Treasury will not Go unpunished.

Uche Nnaji made the statement during an interview after interaction with stakeholders of Enugu state Chambers of Commerce and industrialists.

Uche Nnaji stated that the fight against corruption will be key in his developmental agenda and programs if elected Governor of Enugu state in 2023.

He further accused the candidates of the Peoples Democratic Party, PDP of being corrupt and stated how he will tackle them if elected.