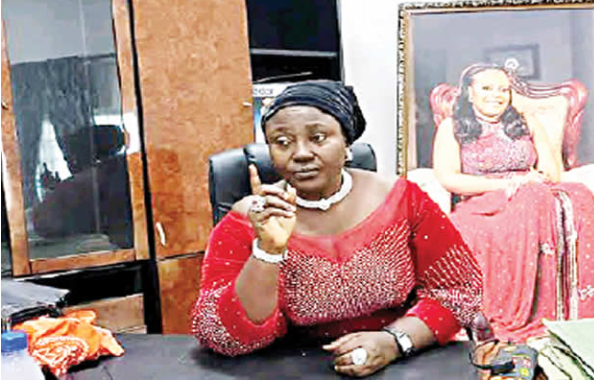 National Agency for Prohibition of Trafficking in Persons, Anambra State, in collaboration with vigilantes, has arrested three persons for allegedly gang-raping a 13-year-old girl.

PUNCH Metro gathered that four suspects were involved in the incident, but while three of them were arrested, the fourth suspect escaped when security operatives invaded their neighborhood at Nkpor, near Onitsha, Anambra State.

The state Commissioner for Women and Social Affairs, Ify Obinabo, disclosed the incident to journalists in Awka on Wednesday through her media aide, Chidimma Ikeanyionwu.

She said the culprits had been handed over to the state police headquarters in Awka, where they would be prosecuted.

The commissioner lauded the victim for speaking up after the incident and assured her that she would get justice.

During interrogation, two of the suspects reportedly confessed to the crime and pleaded for forgiveness, saying they raped the victim after a disagreement with her father.

But the third suspect insisted that he was only present when the incident happened.

Contrary to his claims, the victim reportedly insisted that he was the second person to have carnal knowledge of her.

“According to the victim, the suspects were co-tenants with them but took her to Nkisi River to rape her after they had an altercation with her father.

“The victim, while narrating her experience, said she was first slapped by the boys, then dragged to Nkisi, before she was ordered to remove her clothes as the suspects took turns to have carnal knowledge of her,” the commissioner added.