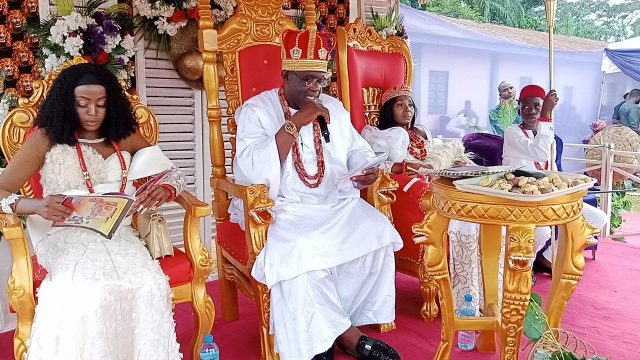 The official coronation and crowning rites were performed by the eldest person in the community after a Catholic Mass held at the palace and the presentation of a certificate of recognition by the Enugu state government on Saturday, October 29th, 2022

Igwe Marius Ahamu who spoke largely in Igbo language thanked his people for choosing him as their leader as he identified security, education, and health as the key areas of interest to his administration.

Earlier, the President General of the community, Chief Johnbosco Chijioke Ugwu during the first Offala provided a brief historical background of Affa Ancient kingdom and search for a new ruler.

Chief Ugwu called on all well meaning Affa people to support the new leaders of the community. 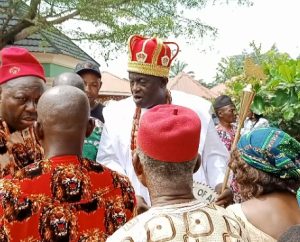 Meanwhile, according to Ernest Obiora, the traditional ruler of Affa Ancient Kingdom comprised of four communities should extend his quality representation and goodwill across entire Affa as a people.

“Before he was crowned, he has shown capacity and leadership. I can only urge him to continue the good work”.

However, some of the traditional rulers in attendance share words of advised the newly crowned king to always have a listening ears as key for his success in office.

King Solomon in the Bible survives by listening to all sides: he can borrow from it and excel.

Our Correspondent Michael Ilediagu who covered the event reported that the coronation and first Ofala of Affa Ancient Kingdom attracted many dignitaries including the CEO of Master Energy, Uche Ogah.