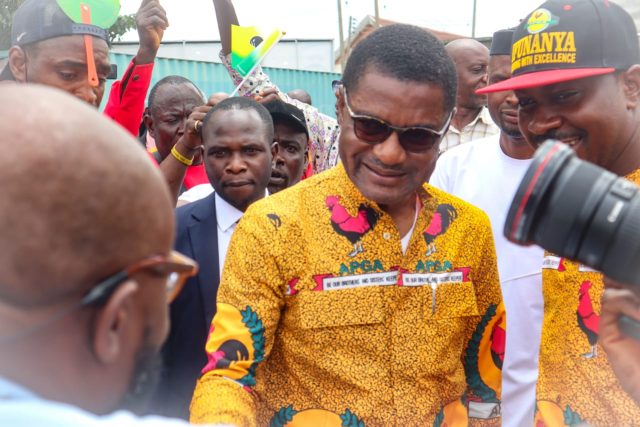 Frank Nweke Jnr. in a press statement made available to News Center alleged that the state government has consistently ignored the lights of the people.

In his exact words “Ndi Enugu n’ile, ndeewonu. It is with a heavy heart but a strengthened resolve that I make this statement”.

“It has been a week since the kidnapping of dozens of individuals, including students of the University of Nigeria, Nsukka, who were returning to school after the eight months-long strike action by ASUU. I can’t imagine the trauma of these children and their parents, to have the joy of resumption after months of being home cut short by the failure of the State government to combat criminality and terror”.

“I encourage everyone to stay calm even while being alert to happenings around you”.

“It is also frustrating to keep calling on a government that has consistently ignored the plight of its citizens, shutting access to the Statehouse and effectively telling us that they would rather protect themselves alone”

“Still, I call on the PDP-led government and the relevant authorities to make the rescue of these students the utmost priority. We have the advantage of geo-tracking technology that can be deployed to immediately track these bandits and rescue the abductees”.

“We must be resolute about this. It is my prayer and charges to the government and the relevant agencies that these students and other abductees are rescued on time, given the appropriate care and therapy they would require after such a tormenting ordeal. All hands must be on deck to ensure that no one is left behind”.

“I will keep applying pressure where I can and following the updates closely.
We will overcome”.