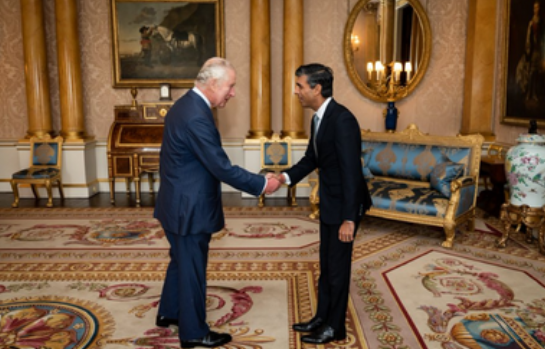 Departing Downing Street a little before, Truss wished Sunak “every success” and said she remained “more convinced than ever” that Britain needed to be “bold” in confronting the challenges it faced.

It became a two-way fight after Johnson dramatically aborted a comeback attempt late Sunday, failing to persuade Sunak to share power. He has maintained a deafening silence since.

Sunak, a Hindu, is the first British-Indian prime minister and, at 42, the youngest leader in more than two centuries.

US President Joe Biden called the choice “groundbreaking” and vowed to reach out to Sunak shortly.

Sunak took power in a morning audience with Charles, who anointed his first prime minister since ascending the throne following the death of his mother, Queen Elizabeth II.