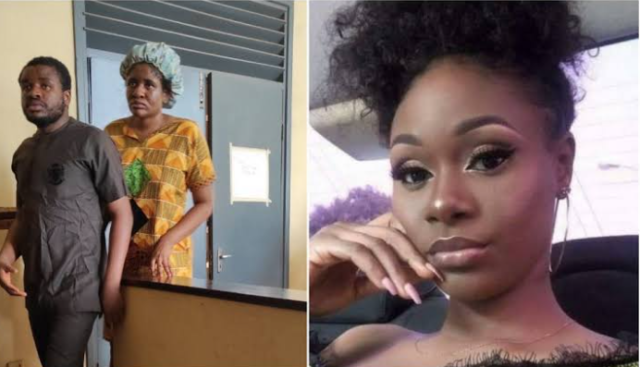 Justice Okpe ruled that the second defendant, Chukwuemeka Ifezue should be released while his sister, Chiamaka Ifezue has a case to answer.

According to available Court Document, the ruling was delivered on July 28th, 2022.

Meanwhile, Late Ijeoma Nneke was Reportedly killed on November 11th, 2020. Ijeoma was last seen at the house of the suspects, Chimaka Ifezue and her brother, Chukwuemeka Ifezue

Evidences against the suspects include recovery of deceased makeup tools from the accused house. Phone interactions between the deceased and the accused, as well as eye witness accounts.

However, at the court today, October 18th, 2022 the court failed to open a defense on the instances of  the Defense Council.