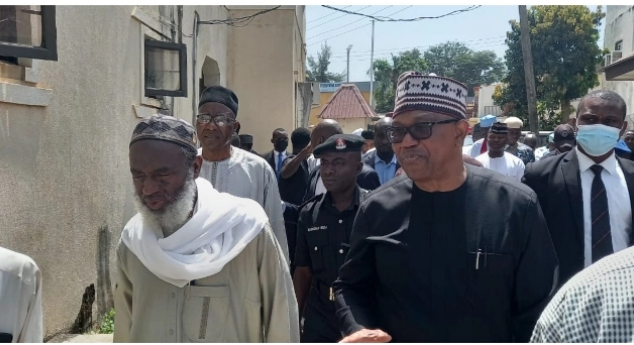 Obi, a former governor of Anambra State, was in Kaduna for the Arewa Joint Committee.

“Dr Datti Baba-Ahmed and I stopped by for a courtesy call on Sheikh Gumi at his official residence in Kaduna,” the 61-year-old tweeted.

Obi, in recent times, has visited northern powerbrokers and thought leaders including the Emir of Kano, Aminu Ado Bayero; and the Chairman of Northern Elders Forum, Ango Abdullahi. He also visited former Heads of State, Ibrahim Babangida and Abdulsalami Abubakar.

In a Channels Television‘s interview, Baba-Ahmed said those who think Obi and himself are not received in Northern Nigeria don’t know what they are saying.

“Whoever thinks that Labour Party or Obi-dient movement or Peter Obi as an individual is not being welcomed in the north, they are making a huge mistake.