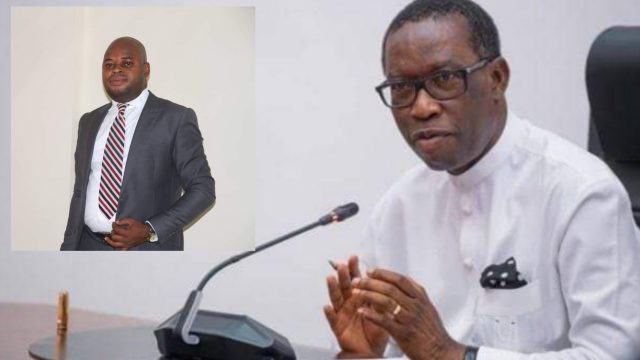 A Brother to the Governor of Delta State, Ifeanyi Okowa and Peoples Democratic Party’s Running Mate to Atiku Abubakar in the 2023 general elections identified as Andrew Okowa has described Obidients as “jobless guys”.

Andrew Okowa perceived to be scared and angry with the massive support the Presidential Candidate of the Labor Party, LP, Mr Peter Obi is getting in Delta State was unable to holdback his anger social media.

It is worthy of note that Obidients Rally in Asaba, Warri and Today at Agbor were all massively attended; which many believe could have scared hell out the unruly younger brother of Governor Ifeanyi Okowa of Delta State.

In one of his uncultured outburst, Andrew Okowa described supporters of Mr. Peter Obi as “bunch of hungry and jobless guys. No place for Obidients in Ika Land. 2023 is closed”.

Meanwhile, younger Okowa’s post has been condemned by many and a demand that Governor Ifeanyi Okowa should call his brother to order or distance himself.

However, at Press Time our reporters are unable to get the response of Mr. Andrew Okowa or Governor Ifeanyi Okowa for more clarifications.