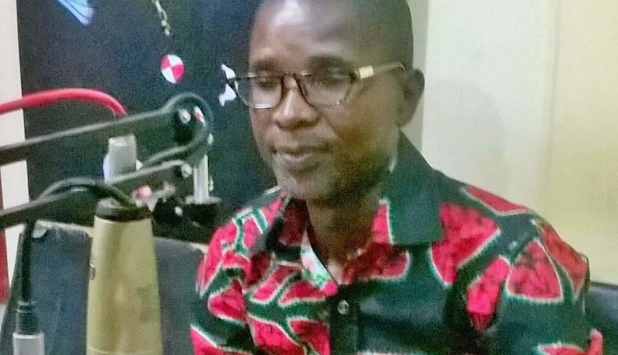 A radio worker in Imo State, South-east Nigeria, has remained in detention for two months now after he was arrested by the State Security Service (SSS) for playing a song considered “offensive” to the Governor of the state, Hope Uzodinma, via the station.

He works in the technical department of the station.

He was arrested on 4 August, according to a report by the International Centre for Investigative Reporting (ICIR).

The wife, Onyinyechi, has appealed to the state government and the SSS to free her husband.

“They should please free my husband. I am not working, and my children need to go to school.

“They said he played a song that was abusing the governor. I have not seen him since then,” Mrs Onyinyechi, a mother of five, said, according to the ICIR report.

“My Sister-in-law called me on that day and told me that they have arrested my husband.

“She said I should take care of the children. (Calls to) his phone have not been going (through) since then,” she added.

Nobody allowed to see him

Mrs Onyinyechi said her husband’s elder sister went to the SSS office, but she was not allowed to see him.

“They didn’t allow anybody to see him,” she said.

Chidi Uzomah, an elder brother of the detained radio worker, said his brother was still in the SSS’ custody and that he was unsure when he would be released.

“Casmir is still in the SSS facility. He was invited by SSS on 4 August 2022, after a query was issued to him by the Imo State Commissioner of Information, Declan Emelumba.

“Since then, he has been detained by SSS, and all efforts to release him have not worked,” he said to the ICIR.

He said he got a human rights lawyer to write to the SSS, asking for his brother’s release, but that the SSS declined the request.

“I personally wrote to the director of SSS, the letter of which was submitted on Monday, 3 October 2022. Our lawyer (equally) wrote for bail earlier in August when he was arrested. Yet no response,” he said.

The President of the Association of Imo State Radio and Television Presenters, Jerry Osuji, said the association was working hard to get the journalist released.

“I have spoken to the DG IBC. He assured me that he wants to know how such a song got to the station,” he said.

Mr Osuji, who also works at the same station with Mr Uzomah, said that he had mobilised workers in the station to visit the SSS office to see the detained radio worker, but was unable to see him.

The information commissioner in Imo, Mr Emelumba, said the song played by Mr Uzomah that led to his detention by the SSS was “very offensive and defamatory”.

“I was told that he played a song on IBC which was very offensive, calling the governor a murderer.

“This man actually played a song that says the governor is a murderer and that blood is flowing in his hand. Even the NBC queried the IBC for playing such a song,” he claimed.

“I am not responsible for his arrest in any way; I was told he brought the song from outside and played it on the radio station. What is his motive for doing that?”

The commissioner claimed the state government had nothing to do with his arrest.

The Director of SSS in Imo, Wilcox Idaminabo, on Wednesday, promised to respond to enquiries on the arrest.

But he was yet to do so as of the time of the report.