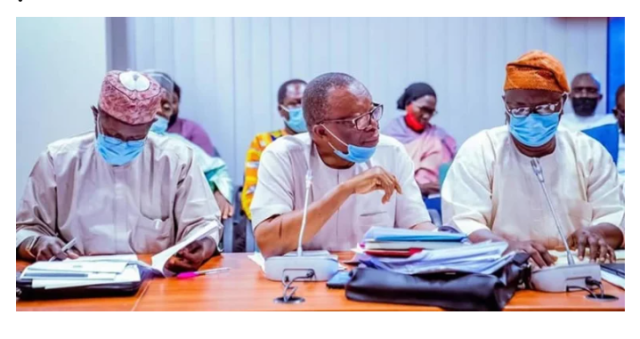 It is sweet relief for undergraduates in the country, as the Court of Appeal sitting in Abuja, yesterday, ordered the Academic Staff Union of Universities, ASUU, to immediately end its eight-month-old strike action.

The appellate court, in a unanimous decision by a three-man panel of Justices, directed ASUU to comply with the interlocutory order the National Industrial Court, NIC, made on September 21, which ordered aggrieved varsity lecturers to return to the classroom, pending the determination of the legal action the Federal Government instituted against them.

Specifically, the panel, which was led by Justice Hamma Barka, said it would not entertain any appeal from ASUU, until it obeyed the NIC order.

It, however, recognized the right of the union to appeal against the ruling of the NIC.

Just In: How I Tackled ASUU Strike in One Day, Jonathan Offers Solutions

Therefore, it granted ASUU the leave to proceed with the proposed 14 grounds of appeal it earlier filed to set-aside the interlocutory injunction of the NIC that directed the striking lecturers to return to the classroom.

Meaanwhile, ASUU said it is consulting on the ruling of the Court of Appeal.

In a chat with Saturday Vanguard, the National President, Prof. Emmanuel Osodeke, said the leadership of the union and its team of lawyers would study the ruling first before taking the next step.

However, it was gathered that zonal meetings of the union is being called and that a National Executive Committee, NEC, meeting would also hold to chart the way forward.

However, the Court of Appeal stressed that the leave it gave ASUU to formally lodge its appeal within seven days, would be withdrawn, should the union fail to comply with the industrial court order.

It will be recalled that the appellate court had earlier urged both FG and ASUU to explore an out-of-court resolution of the dispute that has kept undergraduates in the country at home since February 14.

The NIC had ordered ASUU to call off the strike action in national interest and for the sake of undergraduates in the country. It maintained that the strike action was detrimental to public university students that cannot afford to attend private tertiary institutions.

However, dissatisfied with the ruling, ASUU, through its team of lawyers led a frontline human rights activist, Mr. Femi Falana, SAN, applied for leave of the appellate court to challenge it, as well as for the stay of its execution.

In its proposed 14 grounds of appeal, ASUU, contended that Justice Polycarp Hamman of the NIC, “erred in law and occasioned a miscarriage of justice, when he decided to hear and determine the Respondents’ motion for interlocutory injunction.

when he knew or ought to have known that the substantive suit was not initiated by due process of law”.

It argued that the mandatory steps and procedure stipulated in Part 1 of the Trade Dispute Act, TDA, was not followed by FG.

More so, ASUU averred that the trial judge acted ultra vires and misdirected himself when he unlawfully assumed jurisdiction to entertain the matter, adding that what was granted as an interlocutory order was the same relief FG sought in its substantive suit.

“The findings of the trial court was contrary to and against the weight of evidence led at the trial”, it added.