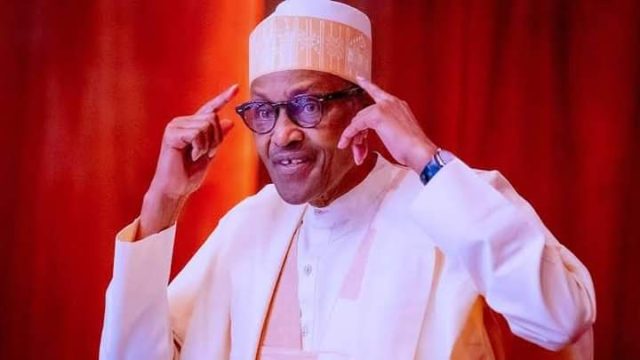 President Muhammadu Buhari says the signing of the Peace Accord with former President Goodluck Jonathan and other presidential candidates in the build up to the 2015 elections contributed largely to the peaceful outcome of the polls.

The president stated this when he received the National Peace Committee (NPC), led by former Head of State, retired Gen. Abdulsalami Abubakar, on Thursday at State House, Abuja.

He, therefore, urged all the signatories to the 2023 election Peace Accord, and their supporters, to abide by its content and spirit.

He noted with delight the signing of the First National Peace Accord by presidential candidates in the 2023 election, earlier at a separate event on Thursday.

He said this was aimed at committing political parties, aspirants and their supporters to conduct their campaigns in a peaceful manner, devoid of ethnic, religious and hate speeches that could mar the upcoming elections.

“The timing of the First National Peace Accord is significant considering political party campaigns have already commenced in the country.

“The initiatives undertaken by the NPC are commendable as these efforts would ensure issue-based campaigns.

“I look forward to the second phase of the signing of the National Peace Accord coming up in January 2023.

“You may recall that President Goodluck Ebele Jonathan and I signed the first National Peace Accord before the 2015 elections.

“It is my conviction that it contributed significantly to the peaceful outcome of the 2015 election.

“It is my hope that the National Peace Committee continues this important work post 2023,” the president said.

Buhari reiterated that credible, free and fair elections could only be achieved in a peaceful environment.

He added that the signing of the Electoral Act 2021 as amended with landmark provisions underlined his resolve for transparent and all-inclusive Electoral Process.

He, therefore, urged all stakeholders to conduct themselves in a manner that would ensure the successful conduct of the 2023 elections as well as smooth transition from one democratically elected government to another.

Abubakar, who briefed the president on the activities of the Committee in the build-up to the 2023 elections, said they met with various stakeholders, including the Independent National Electoral Commission (INEC) and the Heads of security agencies.

He affirmed that the meetings further reassured the readiness and preparedness of the affected stakeholders to conduct the polls creditably.

The former Head of State told the president that the membership of the Committee had been expanded to bring in some ‘‘young minds’’.

He expressed confidence that the Committee would do its utmost to ensure that all political actors live up to expectations.

The NPC Chairman also lauded the president for repeatedly reaffirming his commitment to fairness in the 2023 elections, particularly at international outings.

He noted with delight that the off-season elections in Anambra, Ekiti and Osun States had confirmed the President’s irreversible commitment to credible and violence-free polls in the country.