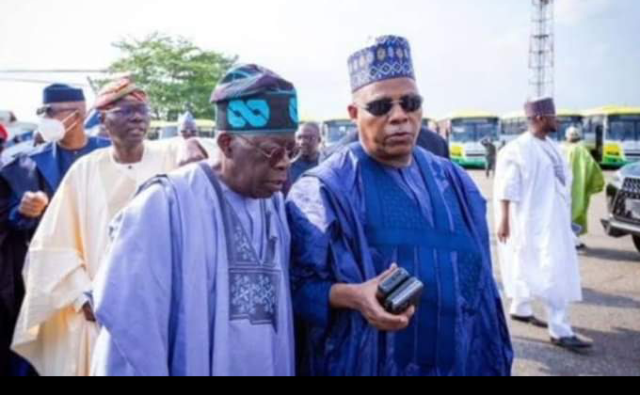 As political campaigns officially kick off Wednesday, the presidential candidate of the All Progressives Congress (APC), Bola Tinubu, has asked Nigerians to learn from the ‘mistakes of the past’.

Mr Tinubu, a former governor of Lagos, in a statement on Wednesday, also urged the people to be “wise and discerning” as they prepared to choose the country’s next president, in the 2023 general election.

“We must show that we have learned from mistakes of the past. We must be prepared to make difficult decisions. We must be wise, we must be discerning; we must choose progress. We must favour reason over sentiment,” Mr Tinubu said in a message to mark the official commencement of the 2023 presidential election campaign activities across the country.

Nigeria’s electoral body, the Independent National Electoral Commission (INEC) today officially lifted the ban on campaign activities for the political parties ahead of the next year’s election.

INEC, last weekend, released and published the names and details of the political parties’ candidates qualified to participate in the poll.

Messrs Tinubu, Atiku Abubakar of the Peoples Democratic Party (PDP), and Peter Obi of the Labour Party (LP) are considered the top contenders among 15 others in the race to take over from incumbent President Muhammadu Buhari.

Since the former Lagos governor joined the race to succeed Mr Buhari, his health status has been a major concern with many Nigerians, especially critics questioning his suitability for headship of a country that prides itself as a ‘giant of Africa’.

Videos of Mr Tinubu, 70, showing his clothes soaked, suggesting the APC presidential candidate’s possible struggle with incontinence, have been constantly pointed out by his critics to draw reservations on his frail health.

Despite this, Mr Tinubu said he is ready to lead the country to greater glory through innovative ideas, pleading with Nigerians to join him in his ambition of clinching the country’s top seat.

He said he and his running mate, Kashim Shettima, are set to share their vision of a prosperous Nigeria as they begin their campaigns of convincing the people to vote them to power.

“I invite all Nigerians to join me and HE Senator Kassim Shettima on this exciting and important journey as we set our shared vision of renewed hope for the people of our dear country, Nigeria.

“I am prepared and ready, with my running mate, to provide the leadership that will inspire our country to greater glory with new thinking, innovative ideas, and vision. I call on all Nigerians to please join us,” the APC presidential candidate added in the statement.

“We will, in weeks and months ahead, be taking our dream of a functional, safe, secure, and prosperous Nigeria to every part of Nigeria and as we continue to put forward our plan to lead this country towards its best future.”

Mr Tinubu further explained, “Our nation stands at a threshold of history. We, like almost every other nation in the world, face significant challenges. Some have been our own making, others, the consequences of factors well beyond the control of any Nigerian. One thing, however, remains certain, we cannot afford to get this one wrong.”

The adoption of a Muslim-Muslim ticket by Mr Tinubu has also been a major odd for the APC as the party prepares to start its campaign.

The APC presidential candidate flying Mr Shettima, a serving senator on the same faith ticket, has generated criticism even though the former claimed his action was based on merit as against religious consideration.