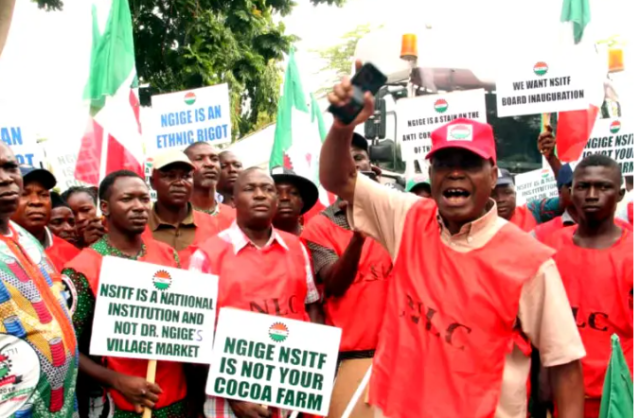 The Nigeria Labour Congress, NLC, on Saturday said that its support for the Labour Party, LP for the 2023 general election has not changed its position on petrol subsidy.

The NLC has opposed attempts by the government to remove subsidies without first of all repairing the nation’s refineries to work effectively.

The Labour Party presidential candidate, Mr Peter Obi has promised to stop payment of petrol subsidy if he emerges the president, vowing to make the country a production country and not a consumption nation.

But the All Progressives Congress, APC, Campaign Organization has criticized the NLC for supporting the LP Presidential candidate who has promised to remove petrol subsidy if he becomes president in the forthcoming election contrary to the stiff opposition the labour movement has given to the past and present administrations on the matter.

Reacting to the statement by the spokesman of the APC Campaign Organization, Festus Keyamo, the NLC explained that at its recent retreat, the Labour Party and Organized Labour in Nigeria adopted and

mainstreamed the Workers Charter of Demands into the Manifesto of the Labour Party.

A statement by the NLC President, Comrade Ayuba Wabba read:

“The attention of the Nigeria Labour Congress has been drawn to a media statement by Olorogun Festus Keyamo, the Honourable Minister of State for Labour and Employment and the Campaign Spokesperson of the Presidential Campaign of All Progressive Congress (APC).

“In the statement, the APC challenged the Nigeria Labour Congress over its seeming support for the position of the Labour Party Presidential Candidate, Mr Peter Obi on the heated issue of the removal of petrol subsidies.

“First, we wish to commend the Honourable Minister of State for responding positively to earlier calls by the Nigeria Labour Congress that political parties must focus their engagement on the current electoral cycle campaigns on issues-based politics.

“We believe that an issues-based campaign will help sieve the facts from fiction, address burning national issues, review the performance of those in government at all levels, especially on the delivery of the Sustainable Development Goals, improve Nigeria’s public accountability frameworks, prepare voters behaviour on Election Day away from the destructive lines of ethnoreligious divide and defuse the looming political tension.

“Second, in furtherance of the avowed position of the Nigeria Labour Congress on issues-based campaign in the run-up to the 2023 general election, we wish to state that Nigerian workers through a number of painstaking processes have been able to articulate a Nigerian Workers’ Charter of Demands which the NLC and TUC are using to engage the political process.

“A major demand in the Nigerian Workers Charter of Demands is that our local public refineries must work. We have also demanded that we must stop 100% importation of refined petroleum products.

that the only way to address the issue of the so-called petrol subsidies is to get our refineries to work.

“The logic is very simple: it is atrocious to buy from abroad at very expensive prices a

product that a country like ours can easily produce at home.

“At the heart of our demand on the management of Nigeria’s mineral resources especially our downstream petroleum subsector is the issue of Production Economy. We believe that the rescue of Nigeria from the current ruinous path of Consumption Economy to Production Economy is the only way to resolve Nigeria’s economic nightmares of massive depletion of scarce foreign exchange reserve; continuous devaluation of the Naira; significant jobs haemorrhage and destruction, deepening of poverty and downturn in the living standards of our people.

“In a determined effort to popularise the positions in the Nigerian Workers Charter of Demands, the NLC and TUC at the behest of the Labour Party on September 12 – 13, 2022 hosted a National Retreat of the leadership cadres in our movement.

“This is in line with our persuasion that issue-based campaigns anchored on the manifesto of political parties should drive Nigeria’s political process.

“If any political party goes around saying that they plan to sell our refineries, remove subsidies, and further oppress long-suffering Nigerians, they should be ready to defend such stance to Nigerians at the campaigns.

“The NLC, Organized Labour, and Labour Party position has not changed. It only got amplified!”