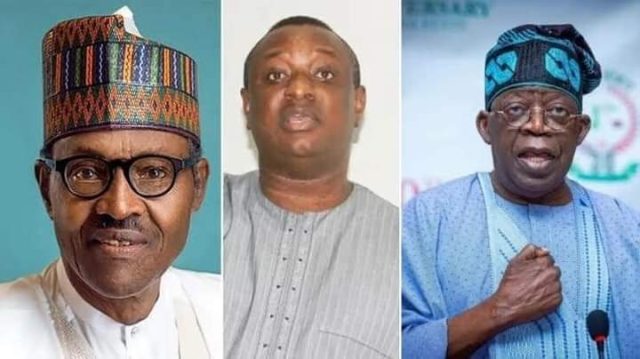 President Muhammadu Buhari and members of the Aso Rock cabal have called for the removal of Festus Keyamo as the spokesperson for the All Progressives Congress (APC)/Bola Ahmed Tinubu Presidential Campaign Council.

According to a presidential source, Buhari and members of the cabal accused Keyamo of always de-marketing the current administration despite being a serving minister.

For instance, on Sunday, during an interview on Channels Television, Keyamo said Nigerians are hungry and can’t wait to have a new leader who would satisfy their hunger.

When asked to discuss the APC’s campaign issues for the 2023 elections, Keyamo said, “Nigerians are hungry, they want to see how that hunger will be addressed, not how their Christian faith or Muslim faith will be addressed.

“They want to see our policies on agriculture and what Asiwaju has done before as governor of Lagos state, how he improved Lagos and how he will bring that kind of dexterity to Nigeria as a whole.

Secretary to the Government of the Federation (SGF), Boss Mustapha was also said to have insisted on his removal following the latest interview on Channels Television.

“The SSG had to insist on Keyamo’s removal after his reckless outburst on Channels TV yesterday (Sunday). They have already informed the party leadership about this,” the presidential source added.

Another instance is where serving minister Keyamo said Tinubu will do better than Buhari.