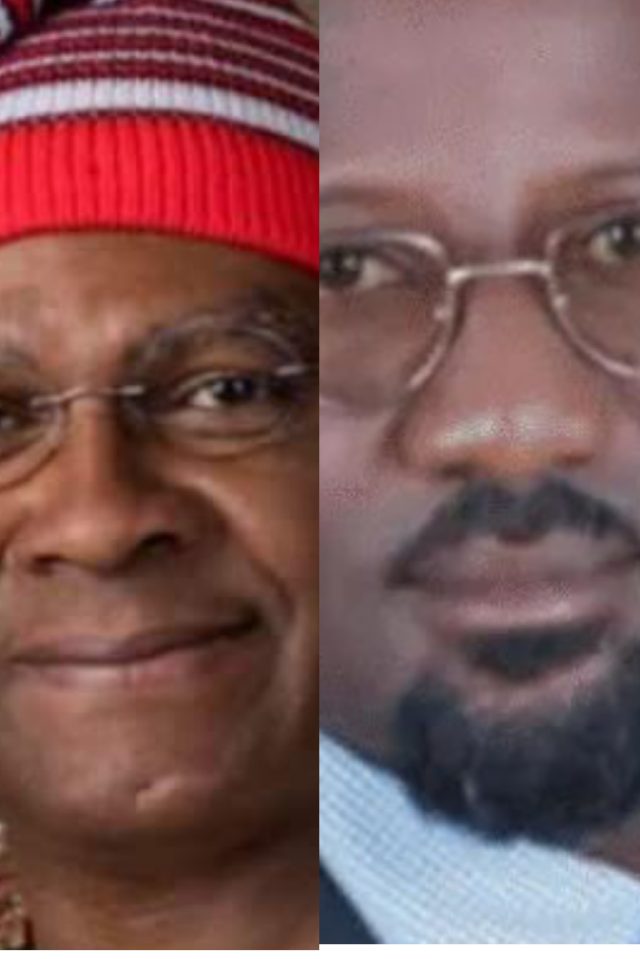 According to Onoh, even though Nnamani belongs to the PDP, he shares affinity with Tinubu in many ways, particularly since both were Governors between 1999 and 2007.

He recalled that Tinubu and Nnamani commenced the Southern Nigeria Governors Forum, which has crystallized into a major political force for balancing of power in the Nigeria federation.

He further recalled that it was at the same Southern Governors Forum meeting hosted by Governor Ifeanyi Okowa in Asaba that took a decision that the next President should come from Southern despite any political party affiliation.

Onoh said that he however regrets that the initial host of that Southern Governor’s meeting, Okowa, capitulated, sold out a decision taken in his house and negotiated for the vice presidential slot at the detriment of the entire Southern Nigeria.

“Despite this, what is more worrisome is the PDP fatal error of negation of its own written constitution to elect a candidate of Northern extraction bearing in mind that the North has held power in the past seven and a half years.

“There is a caveat in the PDP constitution which says that zoning should be respected for the purpose of giving a sense of belonging to all members of the party and for all-inclusiveness except and only when a resolution of the National Executive Council (NEC) decides otherwise.

”Secondly, Section 7 (2) (c) of the PDP Constitution, states that In pursuance of the principle of equity, justice and fairness, the party shall adhere to the policy of rotation and zoning of party and public elective offices, and it shall be enforced by the appropriate executive committee at all levels,” Onoh said.

Exonerating Senator Nnamani of any wrong doing in his choice of which presidential candidates to support, Onoh said that it was up to Nigerians to determine their choices; pointing out that Tinubu had already established a trade mark of excellence in his previous leaderships, particularly as Lagos state Governor.

In his further defence of Nnamani, Onoh said that there was no crime in Tinubu choosing a friend of his as part of his presidential campaign, whose relationship cuts across party lines, nothing that the PDP had the opportunity of doing same but formed the habit of taking foundation members for granted.

“If this problem of PDP governors led by Governor Nysome Wike continues and it’s not resolved amicably, taking cognizance that Wike as a heavy pillar has stood by the PDP through thick and thin, more surprises await PDP in the buildup of elections. Wike was one of the standing pillars of PDP, when the party needed a messiah, he was the Moses that led the PDP, but unfortunately, when the PDP got to the land flowing with milk and honey, it decided to dump the ship it used in sailing across, and in the instead chose to use a speed boat.

“If the crisis is not resolved amicably for wisdom to prevail, more shockers await PDP that would be beyond the issue of Asiwaji Tinubu incorporating Chimaroke Nnamani into his campaign council. Nnamani is only running for Senate under the PDP and not for the President. Most of the PDP Governors have fallen out from the PDP presidential campaign and it’s only when the Wike crisis is resolved that the party can say it has a direction and so it’s only then that anybody can have recourse to Chimaroke Nnamani,” Onoh said.