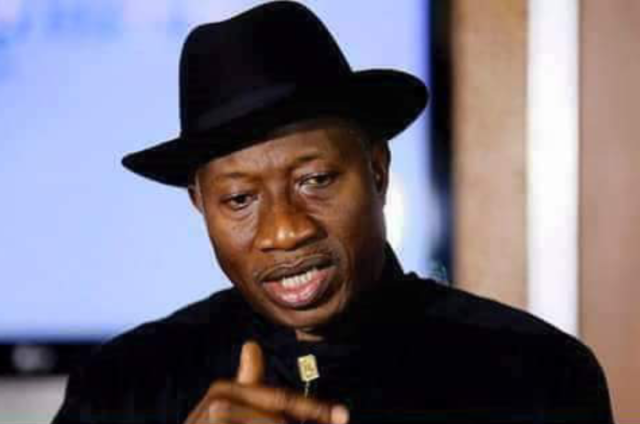 Ahead of the 2023 general elections, ex-President Goodluck Jonathan has charged Nigerians not to make the mistake of voting those he described as killers into elective positions.

He gave the charge on Sunday in Uyo during a special interdenominational service to celebrate the 35th anniversary of the creation of Akwa Ibom State.

“In 2023, you must not make the mistake to vote killers,” Jonathan said. Those who will carry knives, guns, and all kinds of gadgets to go and kill people because of politics, are the enemies of society. If you kill to become a leader, you will continue to kill to remain a leader.”

“The people will continue to suffer. Make sure that from the House of Assembly to the House of Representatives to Senate to governor, you vote the right people in Akwa Ibom State.”
The ex-President commended the state governor, Udom Emmanuel for his developmental strides in the South-South state.

He recalled that when the ex-governor, Godswill Akpabio was leaving office, there was uncertainty over the performance of Emmanuel who was the Secretary to the State Government at the time.

Although Emmanuel veered into politics from the private sector, Jonathan explained that Emmanuel has done well within seven years in office.

The former Nigerian President stated that the election that brought the Akwa Ibom State governor to the office is one that should teach politicians a lesson.

“The election of Governor Udom should teach us, politicians, a good lesson. When Governor Udom was to come as a governor, people said this man has never been into politics.

“Though we know he is a finance person who has been in the bank, he may not know how to manage human beings. But Udom came on board and changed the story,” he added.

Jonathan also commended members of the State Executive Council for supporting the governor to achieve success in office.

He equally commended the youths of Akwa Ibom State for their cooperation, describing them as good people. He also thanked the Christian Association of Nigeria for organizing the programme in honour of Akwa Ibom State.