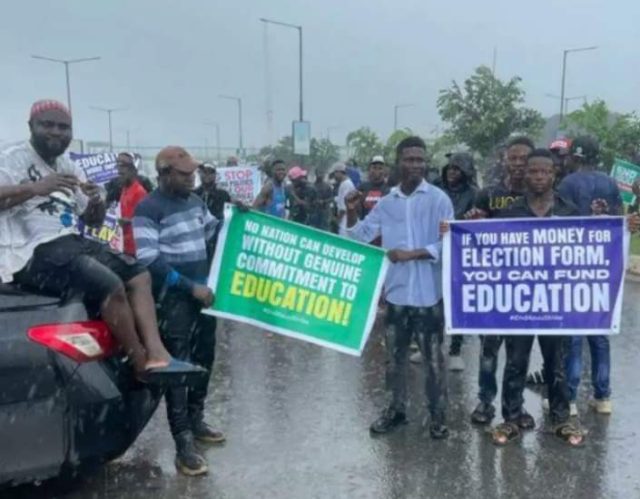 The Lagos State Police Command has warned aggrieved varsity students protesting the seven-month industrial action by the Academic Staff Union of Universities to desist from any plan to block the Third Mainland Bridge in Nigeria’s economic capital.

The spokesman for the police command in the state, Benjamin Hundeyin, told Channels Television on Wednesday morning that though students or any group have the right to protest they also have no right to restrict others’ movement.

“They can protest but they can’t infringe on other people’s right to movement,” Hundeyin told our correspondent in a telephone chat.
Hundeyin also said police officers have been stationed at the end of the bridge which spans over 11.8km to prevent any form of blockage.

Earlier in a string of tweets, the police spokesman on Wednesday said protesters cannot hold about 20 million Lagosians to ransom by blocking major roads and preventing them from going about their socio-economic activities.