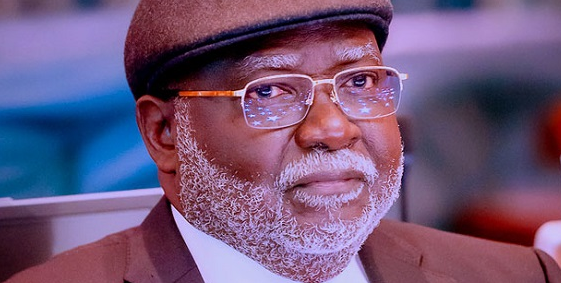 Senate will on Wednesday screen the acting Chief Justice of Nigeria, Justice Olukayode Ariwoola, it has been learnt.

The Senate President, Ahmad Lawan, disclosed this in his address of welcome to Senators from their Annual Summer Recess during plenary.

He said the Senate will also work on the Medium Term Expenditure Framework/Fiscal Strategy Paper (MTEF/FSP) 2023 – 2025, Budget 2023, and work to support defence and security forces of the country.

Lawan said: “In the next three months our focus will largely be on the confirmation of the Chief Justice of Nigeria, work on Medium Term Expenditure Framework/Fiscal Strategic Paper (MTEF/FSP) 2023 – 2025, Budget 2023, working to support our defense and security forces, amongst others.

“The Acting Chief Justice of Nigeria will be screened tomorrow, Wednesday 21st September, 2022.

“Also, we are expecting Mr President Commander-In-Chief of the Armed Forces to present the Budget estimates in the first week of October.

“The ninth Senate has established the practice of processing the annual Appropriation Bill of each year between October and December.”