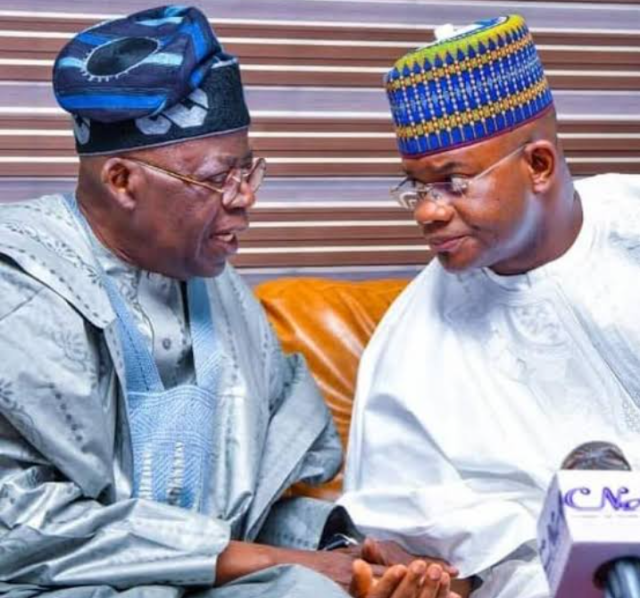 Governor Yahaya Bello of Kogi State has been appointed as the National Youth Coordinator of the Tinubu-Shettima Presidential Campaign Council.

This came as farmers under the auspices of Asiwaju/Shettima Farmers’ Group, commenced mobilisation of farmers and votes in all 774 local government areas and the 36 states including the Federal Capital Territory, FCT, for the presidential standard bearer of the All Progressives Congress, APC, Senator Ahmed Bola Tinubu and his running mate, Senator KashimShettima.

Governor Bello’s appointment was conveyed in a letter addressed to him signed by the Presidential Candidate of the All Progressives Congress, Asiwaju Bola Tinubu.

Tinubu, in the letter, dated August 8, 2022, stressed that Bello, who was an aspirant in the party’s presidential primaries, held in June 2022, deserved the appointment, owing to his impressive political achievements and the exemplary leadership he had demonstrated as governor of his state and as a party member.

The former governor of Lagos State added that he was confident that the Kogi State Governor would do his best in the new responsibility given him so that the party could run an effective, message-driven campaign, which would lead to victory in the 2023 Presidential election.

It will be recalled that youths and women across the six geo-political zones of Nigeria, had, during the build-up to the APC presidential primary election, demonstrated their strong support for the Kogi State Governor, owing to his youth- and women-friendly policies.

Party members and analysts have described this appointment as a big boost for the campaign, considering the important place of youths in the 2023 elections and the impressive youth-targeted campaigns Bello conducted before the primary election.

The letter, titled: ‘Appointment as National Youth Coordinator for Tinubu/Shettima Presidential Campaign Council’, read in part: “By way of this letter, we are pleased to formally convey your appointment as National Youth Coordinator of the Tinubu/Shettima Presidential Campaign Council.“”This appointment is fitting and appropriate, given your impressive political achievements and the exemplary leadership you have demonstrated as governor of your state and as a party member.“