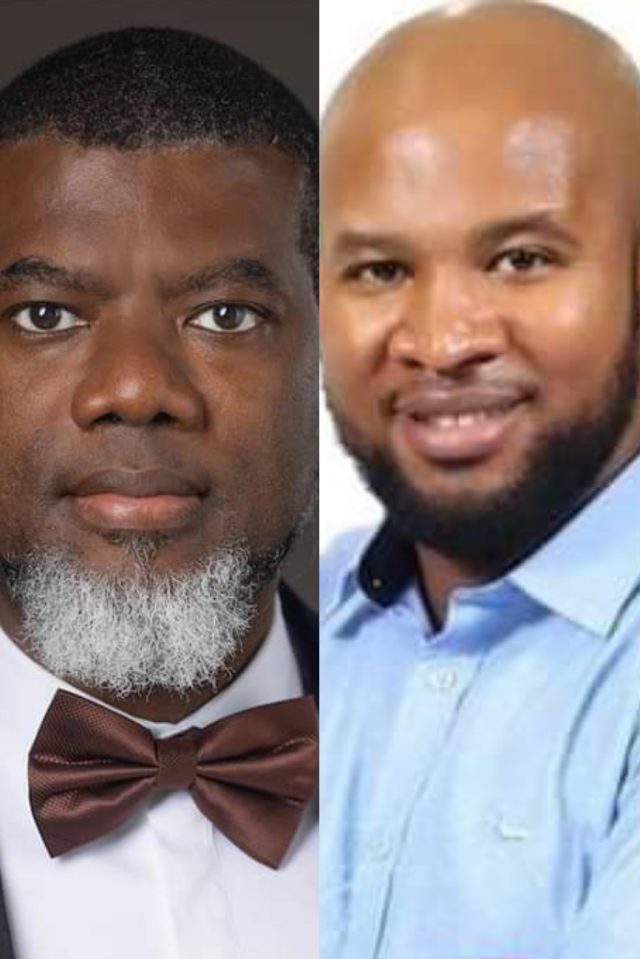 A Cyber Security expert, Dr Charles Awuzie made this known through his Facebook page while advising Mr. Reno Omokri to stop igniting ethnic tension in Nigeria.

Charles Awuzie and Reno Omokri have been on banter on social media which led to Reno being dragged to EFCC after publishing his payslip while in Government.

Through his Facebook page, Charles Awuzie write “on Rhino, our network in America have compiled disturbing findings on Rhino”.

” To be honest, I felt bad to be a reason for Rhino to become a fugitive. The truth is that we have all it takes to either put Rhino in jail or make him a fugitive… We can make a case of forgery and fraud etc from what’s available to us”.

“Why should Rhino allow himself to be destroyed because of pride and greed?”

” He is destroying relationships and friendships. My closest friends are Yorubas and Hausas. With the sentiments, Rhino is provoking on social media, weakened bonds of friendship could be broken based on tribal sentiments. This is wickedness. This is evil”.

‘I wrote this from my heart and I hope Rhino reads it with humility. CHARLES AWUZIE”.