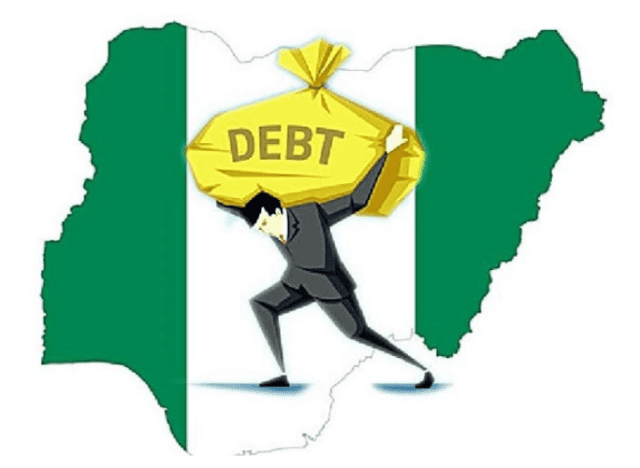 Nigeria’s debts rose by about N4 trillion in the past five months to take the portfolio to N45.25 trillion, it was learnt at the weekend.

An official data reviewed by The Nation yesterday indicated that the government raised about N3.34 trillion through its regular issuance of domestic debt instruments between April and August.

The depreciation of the naira also impacted the external debt stocks.

Earlier in the month, the DMO had reaffirmed that the national debt stocks had risen to N41.6 trillion by the end of the first quarter ended March 31, 2022.

The DMO indicated that it used the CBN’s official exchange rate of N415.75 per dollar as at March 31, 2022 as conversion rate for the country’s external debts for the first quarter. The apex bank’s official rate stood at N423.48 per dollar as at August 31, 2022.

A breakdown of the total debt stocks hinged the increase in external debts to currency depreciation from N16.62 trillion in first quarter to N16.93 trillion as at the end of last month.

The domestic debts, because of new issuances, rose from N24.987 trillion in first quarter to N28.322 trillion by the end of August.

The Federal government accounted for more than 88 per cent of the debt stock.

However, the Director-General of the Debt Management Office (DMO), Ms. Patience Oniha, said the debt profile would continue to rise as long as the country cannot generate enough revenue to fund its annual budget.

Ms. Oniha said that one of the ways to address the increasing debt profile is a more efficient scrutiny of the national budget to reduce the level of deficit, adding that “if the deficit is lower, the borrowing will be lower”.

According to her, the country has been running a deficit budget for decades, leading to increase borrowing to fund the budget. A World Bank survey placed Nigeria in 195th position out of 197 countries in term of debt to GDP growth.

Taiwo Oyedele of PricewaterhouseCoopers (PwC) said: “The debt in and of itself is not a problem if it is productively utilised. We however need to start reversing the revenue expenditure imbalance to avoid unsustainable debt accumulation. Once the country’s expenditure profile is under control and revenue generation improves, then the indebtedness will become manageable.

“The high debt service cost to revenue ratio of the federal government resulted from three main factors over a period of time being low revenue generation, rising expenditure and debt accumulation. Nigeria’s public debt has been rising faster than GDP growth rate while the debt service cost is increasing at a faster pace than revenue growth.”

A professor of capital market, Uche Uwaleke, said government’s rising borrowing may be justified by the huge infrastructure deficit.

To narrow infrastructural gap, the National Integrated Infrastructure Master Plan indicated that Nigeria needs to invest $3 trillion ($100 billion annually) in infrastructure over the next 30 years.

According to him, the rising public debt may be justified by the need to fast-track economic growth for an economy that has gone through severe external shocks in recent times-collapse in crude oil price in 2015 and COVID-19 in 2020, leading to weak real Gross Domestic Product (GDP) growth rates.

The inability of real GDP growth to exceed population growth rate, estimated at 2.6 per cent annually, has fueled unemployment and poverty now at 40.1 per cent or 82.9 million people.

Uwaleke pointed out that, but for government borrowing, the economy would not have made it out of the recession cycles.

“The key reforms required include harmonisation of taxes and revenue agencies as well as leveraging on technology and tax intelligence to curb evasion and aggressive avoidance,” Oyedele said.