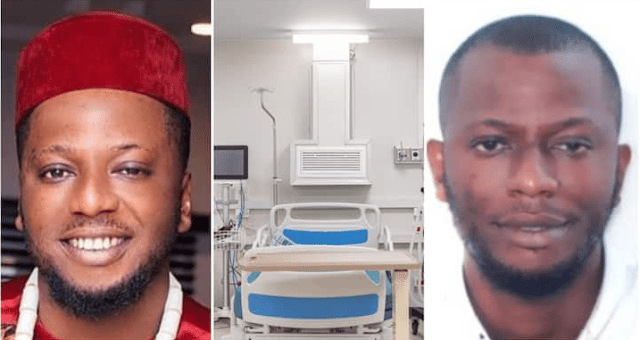 Social media users are reacting to the news of a Nigerian man who has been accused of N13.245 billion fraud by the US Department of Justice.

The man named Chidozie Collins Obasi reportedly perpetrated the huge heist while residing in Nigeria, but is now wanted in the US.

According to the US Department of Justice, Chiodozie allegedly sold non-existent Covid-19 ventilators to US hospitals amounting to the tune of N13.245b.

The news release by the US Department of Justice, alleged that Chidozie committed the crime between 2018 and 2020.

“Obasi allegedly convinced a medical equipment broker in the U.S. to broker sales of these non-existent ventilators, and ultimately deceived the State of New York into wiring more than $30 million for the purchase of ventilators that did not exist.”

He has also been accused of other complicated fraud schemes through which he and his accomplices obtained the total sum of $31 million (N13.245b).

The shocking story emerged on social media and was later shared by Instablog9ja where Nigerians reacted to it in shock and so much disbelief.

See some of the reactions below: @stanley__u said: “Omo that’s a lot of money.”

@jaaydaniels commented: “That money plenty o.” @seczyluv said: “See before and after pic.