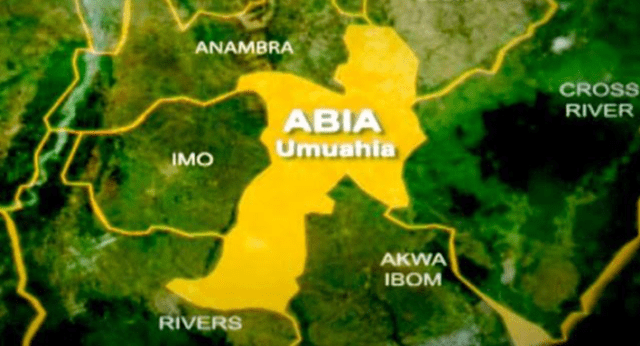 This was sequel to interference by the State Government which brought in police to interrupt the conference.

Announcing the postponement, National Vice President , Comrade Kennis Ngene attributed the shift to the worsening security situation as emphasised by the Head of Service of Abia State in his letters to the Union.

Narrating their ordeal after they were whisked off to the Abia Government House by the police, Ngene wondered why the State government was so much interested in the Federal Chapter and State Branch elections.

Addressing all the Branch/Chapter Chairmen and State Secretaries from the five states of the South East on Friday 9th September in Umuahia the Vice President Comrade Ngene, and Assistant Secretary General Comrade Igbokwe Chukwuma Igbokwe narrated how they were forced to leave the Govt House after waiting endlessly for over two hours without audience with the Chief of Staff who invited them.

The two Labour leaders narrating their experience in the hands of the Government House security personnel expressed shock that over 20 Mobile Policemen were unleashed on the union in attempt to stop an election that is purely for Federal Civil
Servants simply because one of the contestants hail from the same area with the Chief of Staff to the Governor.

The Vice President comended the Federal Civil Servants for withstanding the intimidation by the security operatives from Abia Government House and congratulated the newly elected Federal Chapter Executive.

Also Speaking, the Assistant Secretary General, Comrade Igbokwe Chukwuma Igbokwe, read out the content of letters addressed to the Union by the Head of Service Reference Nos HSA/EST/STR/I/VOL.IV/117 and HSA/EST/STR/I/VOL.IV/118 dated 6th and 7th September respectively which highlighted worsened Security situation in the state as the reason for the State Branch Conference to be postponed.

The Head of Service had also in his letter, tefused to release State Civil Servants to attend the Conference.

He informed the south east leaders of the Union that based on the content of the two letters, which was communicated to the National Secretariat of the Union, the National Leadership has directed that the State Branch Conference scheduled to hold on 9th September at Kolpin Society of Nigeria, Umuahia be postponed till Security situation in Abia State improves.

The decision was taken for the safety of the State Civil Servants based on the information by the Head of Service not minding the huge expenses alredy incurred by the Union in Hall renting, food and drinks, printing of conference documents and other logistics.