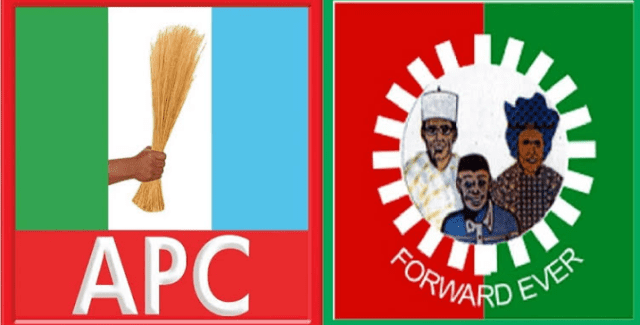 The wife of Ondo State Governor, Betty Akeredolu has pointed out an omission of the Girl child in the Logo of Nigeria Labor Party (LP) and called for immediate amendment.

In her words “I have issues with Labor Party’s logo. The boy-child is represented. The girl-child is asking “what about me?”.

While reacting to those questioning her post on LP even as an APC member and wife of a seating Governor, Betty Akeredolu said “I don’t have to be a member to point out an issue of concern affecting the Nigerian girl-child. Enough of party bigotry!”

However, the post was graced with both negative and positive reactions, with some of her fans accusing her of backing or promoting the Labor Party, LP.

Amongst those who responded to the post Aduroja Temitope said “Does political party logo in Nigeria has anything to do with what such party will deliver when such get into power?”

“Using APC as a case study, the party promised to use its logo (broom) to sweep hunger, poverty, hardship, unemployment, insecurity, power failure and many others out of Nigeria 7 years ago”. “Is such happening today?”

“All we need is good governance with good leaders”.

“Political party logo is a big scam. It doesn’t represent the intention of people using it to campaign”.

Emmanuel Pelumi asked “Are you a labour party member? Don’t confused the public with this, please”.

But for Adebiyi Ikujimi “I think the observation is corrected” he said.

Contrary, Akinkuotu Joseph took time to evaluate the impact of her post and how it may be misunderstood by the APC Chieftains.

Akinkuotu wrote “A sacrosanct observation and correction, looking at how the ‘girl child’ has ordinarily ‘been eschewed from the logo over the years”.

“As a card carrying member of the APC and wife to an incumbent APC Governor who currently chairs the Southwest Governors’ Forum, I’m sure that even the close associates of His Excellency may upon seeing this post, call the attention of the Governor to call you to order because they’ll see it:

“1. As indirect way of propagating opposition party whose logo content you just corrected”.

“2. As a systematic may of showing your support for the opposition party’s presidential candidate. As bloggers and online news tabloid may later in the day come up with a caption or headline like… “Wife of An APC Governor Declares Support for Labour Party….”

“3. It’ll be seen as you been loyal to the cause of your ethnic (Igbo) and support for Igbo presidency when your hubby is working for the emergence of the presidential candidate of his party”.

“Ma, in my humble opinion, I think your observation and correction made on the logo of the opposition party is ‘observantly correct’ being an advocate of girl child you are. But in politics, that correction is needless especially at this period of political razzmatazz where ‘banters’ are freely thrown from one political household against another. Not at this electioneering period ma”.

“It is also as good you participating in a competition and one of your competitors is making or has made a mistake, I don’t think it’s needful to correct that competitor ma, the best thing is to let him/her be while you concentrate on winning the competition. Correction may then come after the contest”.

“Good Morning your Excellency” he concluded