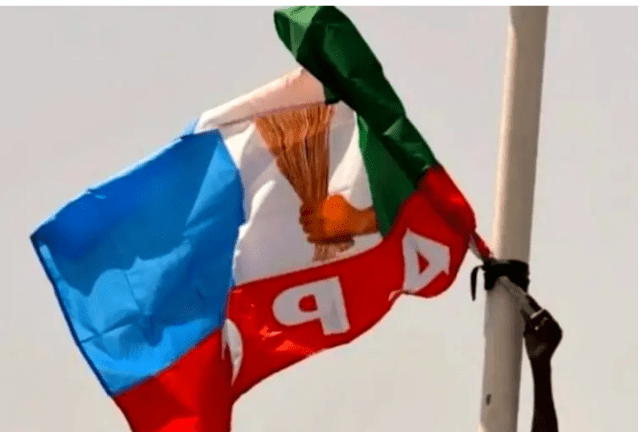 Recently a news story went viral in the print and online media concerning the All Progressives Congress, APC, and its governorship flagbearer in Bauchi State. According to the reports, a civil society organisation, Accountability and Democratic Project, ADEP, had written to the Independent National Electoral Commission, INEC, raising the alarm on the details of credentials submitted by the Bauchi APC governorship candidate, AVM Sadique Abubakar Baba (retired).

According to the CSO, the APC governorship candidate failed to substantiate claims he made in his submission regarding his nationality, place of birth and schools attended as contained in his INEC EC 9 form. Though he claimed to have been born in Azare in 1960 and that he had graduated from St. Paul Primary School in 1973 and GSS Bauchi in 1978, he, however, failed to attach a Birth Certificate or Declaration of Age as well as Primary and Secondary School Certificates, the CSO stated, citing the certified true copy of the form.

“This deliberate omission also keeps us guessing: if Mr Baba has anything he is hiding thus choosing to declare only a part of the credentials he claims to possess they are necessary requirements for him to stand as a candidate in the upcoming election,” ADEP noted.

The CSO, therefore, described this as a grave disregard for the law and urged INEC to disqualify the APC candidate.

With the incomplete information, as indicated in the petition to INEC, there is the risk of the APC candidate being considered as lying under oath or submitting false information, which is an unforgivable offence under the law.

This is especially glaring if one considers the judgement of the Supreme Court in the case of Action Congress vs INEC (2007) which states among other things that: “When a person subscribes to an affidavit, which must of course be done before a person having authority to administer such oath or affidavit, he is taken to be telling the whole world the truth and nothing but the truth.

“If what he said under oath later turned out to be false, he can be subjected to a punishment under the crime of perjury, which, itself, is committed when a lawful oath is administered in some judicial proceedings ( which includes in my view, any act capable of ending up in a court of law), as is the case in this matter.

“That is why sections 32(4) and (5) where enacted to allow persons with reasonable grounds that the information given by the candidate in the affidavit is false to sue such a candidate before a Federal or State High Court.

“That High Court, on finding the falsity of the candidate, must issue an order disqualifying such a candidate from contesting the proposed election.”

In another decision in the case of Akpatason vs Adjoto & Ors. (2019) the Supreme Court held that: “The implication or legal effect of an oath is to subject the person who took an oath to penalty for perjury in the event that the testimony turns out to be false”.

Also the Court of Appeal expressly pointed out the implication of such crimes on political candidates in the case of Shinko vs KDSG (2013) when it stated that: “Further, another unfavourable condition to a candidate seeking to contest is where the information given by him in the affidavit he filed accompany the list submitted to the commission is found to be false…if the court determines that the information is false, the court shall issue an order disqualifying the candidates from contesting the election.”

Given the above position of the court, the alarm bells from ADEP is a good service to the APC. The party which is the foregone winner of the forthcoming 2003 Bauchi gubernatorial election shall not squander its fortune by fielding an unqualified candidate.

As a party member, I am concerned about possibility of the APC squandering its chance of reclaiming the Bauchi Government House.

It is clear that the incumbent PDP government in Bauchi state has ticked all the traits of a losing party and will surely taste defeat in the forthcoming 2003 elections. Governor Bala Muhammed, who barely managed to scale through in the 2019 elections has succeeded in  wasting the opportunity offered to him to serve the good people of Bauchi State. Instead of concentrating on delivering the dividends of democracy he has created acute disenchantment among the polity by his propensity for burning bridges and poor performance.

Bauchi has always been a radical state and since 2007 has exhibited loyalty to the ideals currently embodied by  the All Progressives Congress. However, due to their political maturity and their steadfastness in the pursuit of development Bauchi people can always revolt against an incumbent if he fails to live up to their expectation.

That was why they voted for PDP in 2019. Not as a show of support for Bala Mohammed but as a protest vote against MA Abubakar.

Now that they are preparing to ditch Bala Mohammed in order to return to their natural home in the APC, it is, therefore, imperative that the APC manages itself to victory through putting its best forward and ensuring that its candidate is unblemished to avoid a Pyrrhic victory; a short-lived success that could be upturned.

A stitch in time saves nine.