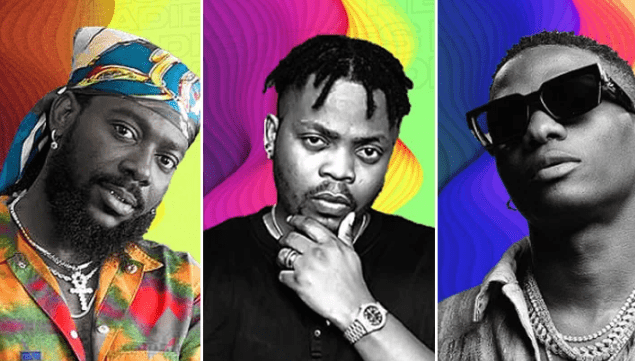 Olamide won the Best Rap Album category at this year’s Headies. He won with his album, Carpe Diem.

Born Ayodeji Ibrahim Balogun, Wizkid also won Album of the year with his ‘Made in Lagos (Deluxe Edition).

Adekunle Gold, on his part, won the Songwriter of the Year with ‘Sinner’.

The PUNCH had earlier reported that Nigerian songwriter, Buju BNXN, won the 2022 Headies Next Rated award.

Born Daniel Benson, Buju emerges as the winner after beating the likes of Ayra Starr, Zinoleesky, Lojay and Ruger.

With the award, Buju goes home with the 2022 Bentley Bentayga.

Buju is a Nigerian singer also known as Bujutoyourears. Buju is an acronym for ‘Beauty Underneath Just Understood’.