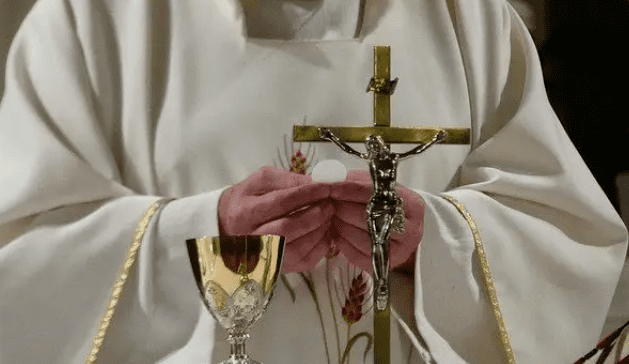 According to a statement by the Diocesan Chancellor, Fr. Matthew Uzoma Opoke, Eselu was confirmed dead at the Alex Ekweme Federal Teaching Hospital, AE FETHA II, after an auto crash which occured in front of St.Theresa’s Cathedral, Abakaliki.

Eselu, 47, had attended the burial ceremony of the Parish Priest, St Paul’s Parish Amudo, Ezza LGA, Fr Christopher Agwu, who died on August 4, after battling a terminal illness. It was gathered that Eselu left the event and was driving to see his doctor when he passed on, leaving the car to roll and stop abruptly.  Agwu and Eselu were ordained on July 6, 1996, and July 7, 2007, respectively.

The Diocese, which eulogized Agwu at his burial, officiated by the Bishop of the diocese, His Lordship, Most Rev. Peter Nworie Chukwu, described Eselu, as ‘a “brilliant,   jovial, dedicated and workaholic priest, who took delight in celebrating the mass”.

He will be buried on September 6 after a requiem mass.