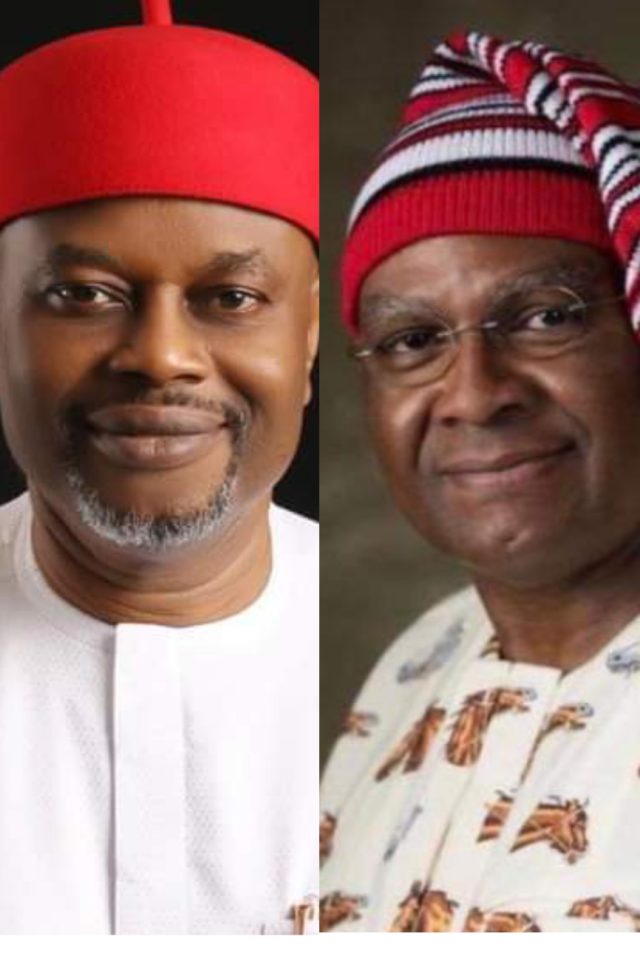 Gubernatorial Candidate of the All Progressive Congress,( APC) Uche Nnaji has poked th former governors of Enugu state for what he described as pettiness.

Uche Nnaji who was irked by the recent development in the All Progressive Congress, where some people purportedly declared suspension of the incumbent chairman of APC in Enugu state, Barr Ugochukwu Agballah tackled the role of Gov Sullivan Chime.

While condemning the move, Uche Nnaji descended on the former Governors of Enugu state as he questioned poor political growth of the state in Nigeria.

On Chimaroke Nnamani; the APC Gubernatorial Candidate, Uche Nnaji said that Tinubu is his mate because the two men were governors at the same time.

“Look at Chimaroke Nnamani struggling to be a Senator while Tinubu his mate is contesting for President. He should be ashame” he added.

He further took a swipe on Barrister Sullivan Chime saying “Rotimi Amaechi was his mate. They were governors at the same time. While Rotimi Amaechi is challenging the system to become the President, Sullivan Chime is here going from One APC ward to Another looking for who to suspend”.

Uche did not stop, as he questioned the vision of political elites in Enugu state. “where are they leading us to?” he ended.