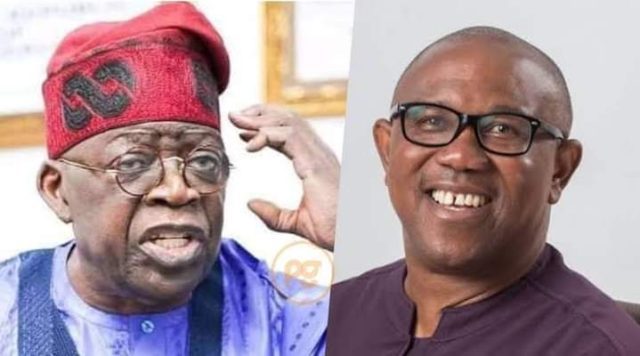 The call was made in a statement released on Saturday by the Tinubu-Shettima Connect, a campaign group for All Progressives Congress (APC) presidential candidate Bola Tinubu.

In the statement signed by its convener, Adebanjo Moyosore, the group also threatened to take legal action against Obi to stop him from participating in the 2023 presidential election for allegedly engaging in activities that contravene the Electoral Act 2022.

Abure, while inaugurating the committee in Abuja said that the move was to strengthen collaboration among people and galvanise support for the party ahead of 2023 general election.

He added that the committee would also recommend to the national chairman, the creation of Diaspora chapters and monitor their activities.

The LP chairman also said the committee would organise fund-raising for the party’s candidates.

The inauguration came a day after the party’s Diaspora support groups pledged to raise $150 million for Obi’s campaign.