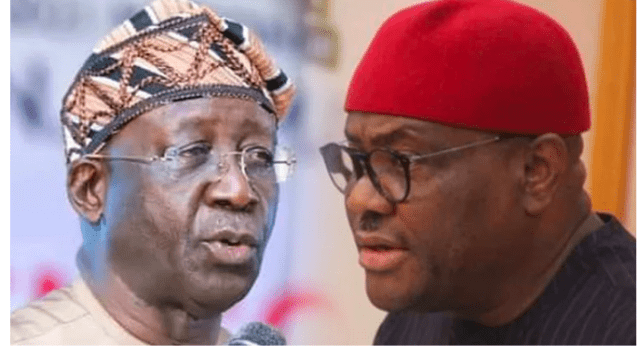 The Governor of Rivers State, Nyesom Wike has alleged that the national chairman of the Peoples Democratic Party, Iyorchia Ayu is only after the money in the PDP’s bank account.

Wike in a trending video while reacting to the outburst of the PDP national chairman claiming that only children who were not around during formation of PDP are demanding his resignation.

Wike who was rattled with Ayu’s outburst and being tagged a child reminded the PDP national Chairman of his ugly past.

According to Wike, the PDP national Chairman agreed to step down once a Northern Presidential Candidate emerges.

Wike further accused Ayu of collecting campaign money and pocketing it during PDP internal election or election of national working committee of the party.

“Show me where he campaigned or one poster in our state or any state during PDP election; even though we gave him money and he pocketed it”

“Because there is N14billion in PDP Account, that money will finish” Wike added.