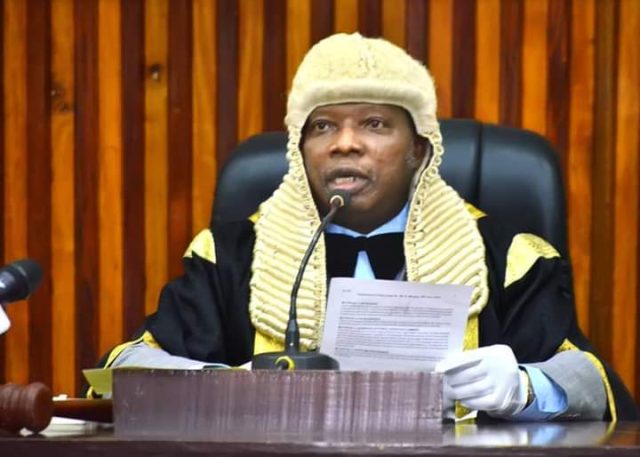 Speaker, Ogun state House of Assembly, Olakunle Oluomo has been arrested by  the Economic and Financial Crimes Commission, EFCC for alleged financial misappropriation.

Mr Oluomo was said to have been picked up Thursday morning at the Murtala Muhammed International Airport, Lagos. It was further confirmed that the speaker was picked up to answer questions bordering on alleged financial crimes.

However, a source within the Commission admitted that the Ogun State Speaker had been invited by the EFCC several times but failed to honor the invitations. The source added that he has been taken to the EFCC’s Lagos office for further questioning.