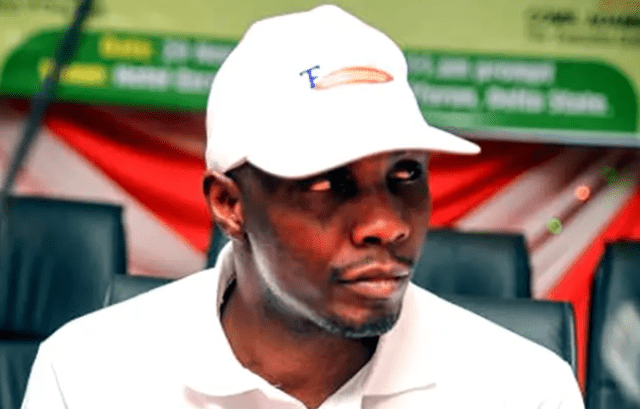 While AAYG during a protest in Abuja kicked against the award of the pipeline surveillance contract worth over N4 billion monthly to Tompolo, Ijaw youths said it would help reduce crude oil theft in the region.

Also, ex-warlords of Movement for the Emancipation of Niger Delta, MEND, have fired back at AAYG, noting that it was unfortunate that AAYG made up of  about 225 bodies could worry over issues in Niger Delta at a time they should focus on tackling the gross challenge of insecurity in the North.

AAYG protesters, who stormed the NNPC headquarters in Abuja, yesterday, carried placards with inscriptions such as: ‘Revoke the pipeline contract now’, ‘Timipre, Kyari, Adokiye must go now’. ‘Service Chiefs have failed to protect nation’s assets’, amongst others, called on President Muhammadu Buhari to relieve the Minister of State for Petroleum, Timipre Sylva, and some key heads of the nation’s oil company of their duties for the alleged breaches in the contract award procedure.

They handed down a seven-day ultimatum within which the Federal Government or its agent (NNPC) should revoke the contract or be forced to either protest or face the picketing of all NNPC offices across the country.

Addressing journalists during the protest, spokesman of AAYG, Victor Duniya, said: “We are here this morning to register our displeasure over the newly awarded contract. The implication of the awarded contract is that, a private citizen like Tompolo will be allowed to handle not just light but sophisticated weapons to be able to ward off possible attacks from the vicious oil bunkering cartel.”

Ijaw youths under the aegis of Ijaw Youth Council, IYC, Worldwide, while declaring total support for the central government action, assured on Tompolo’s capacity to help save the country billions of naira being lost through oil theft and pipeline vandalism.

National spokesman of  IYC, Ebilade Ekerefe, who spoke in Yenagoa, Bayelsa State commended NNPC Limited and the Federal Government for the wisdom in awarding the pipeline surveillance contract to Tompolo, saying: “It is a sign of good faith and a step in the right direction.

“Tompolo has worked tirelessly for the peace in Niger Delta and will continue to sustain and protect the wealth of the nation in collaboration with other stakeholders.

“Let us use this opportunity to also say that our struggle in the region is the complete control of our resources but we must commend Federal Government for doing the right thing by given the protection of vital nation’s wealth to our leaders.

“We also want to state that the agitation and struggle for resource control is an article of faith and the struggle cannot be compromised.”

Meanwhile, ex-MEND Commander Oyimi 1, who is also Chairman,   Movement for the Actualisation of the Dreams of Niger Deltans,  MADND,  said Tompolo would not be distracted  by their comments, adding:  “It is so disgraceful, shameful and very unfortunate that this group has got nothing to offer, rather than being obsessed with our most respected leader, Tompolo, who has given it all for the peace, development and unity of Nigeria.

“Instead of this group, AAYG, to be concerned with the insecurity challenge ongoing in the North just as the way our respected leader, is preoccupied with providing solutions to oil theft and other social vices in the Niger Delta region.”

“In strong terms, we warn AAYG to be carful with their hate and smear campaigns about our respected leader, Tompolo. Tompolo has sacrificed a lot for the peace, unity and oneness of Nigeria, we will not sit and watch clowns drag his name to the mud.”