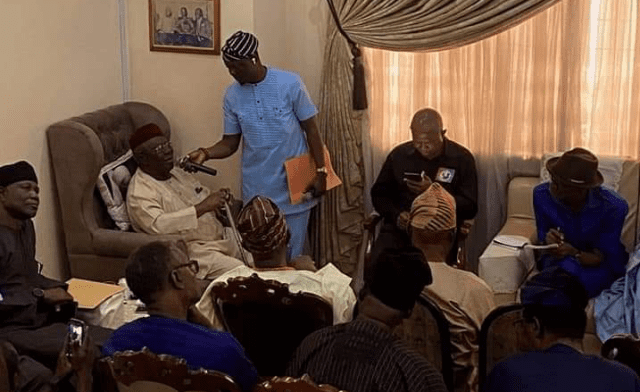 The Presidential candidate of the Labour Party, Peter Obi on Tuesday met with leader of Afenifere, Pa Ayo Adebanjo and members of the South and Middle Belt Leadership Forum.

In a tweet about the event, the former Anambra State Governor also noted that the national leaders of the Labour Party and other stakeholders were present at the meeting.

Although the agenda of the meeting was not disclosed, it is most likely to be about the 2023 general elections.

Pa Adebanjo and the South and Middle Belt Leadership Forum have been critical of both the All Progressives Congress and the Peoples Democratic Party and may consider backing Obi for President.