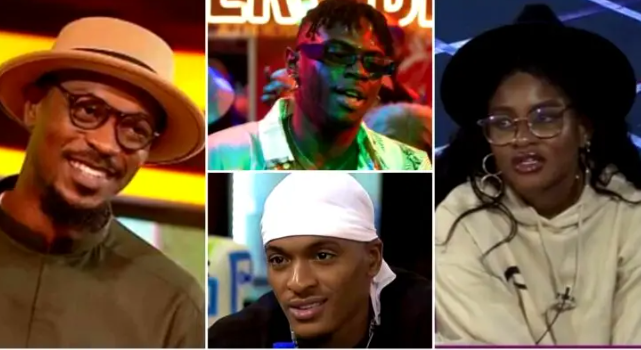 After Chomzy emerged as the HOH, Biggie played a trick by calling each housemates into the diary room to nominate two fellow housemates for eviction.

Biggie announced that all the housemates are up for possible Eviction except for the HoH and her companion, Eloswag. He said it was a punishment because they failed to heed to his call on time and were disrespectful; thereby nullifying their nominations.

However, there will be no eviction on Sunday but the housemates are unaware.

Adekunle, Chichi and Doyin were nominated by most of the housemates but everyone is safe at least for the week.

They now focus on their weekly wager presentations on Friday, Week five’s task will see the house make beauty products.

For their wager task this week, the newly merged housemates have been instructed to create four beauty products. The housemates are also expected to design the product’s package.