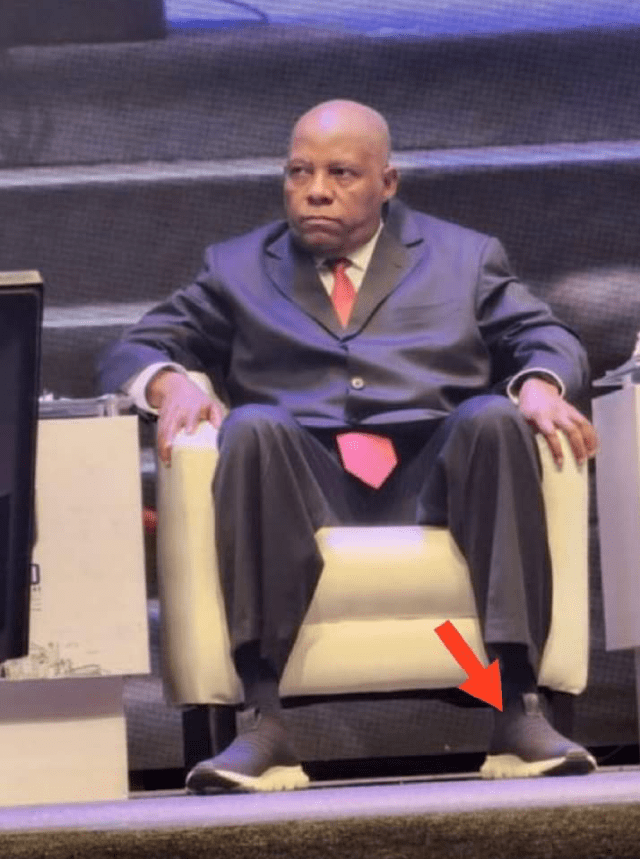 There are several reactions to the outfit of the former Governor of Borno State, Presidential Running Mate of All Progressive Congress (APC), Kashim Shettima, Shettima.

Key amongst the reactions was that the shoes Shettima wore while attending the 62nd annual general conference of the Nigerian Bar Association, officially kicked off in Lagos, today August 22nd, 2022.

Shettima’s shoes were linked to a health condition by one of the critics and a health worker who said that the shoes are meant for those suffering from arthritis.

He noted that it’s been recommended for those who are having arthritis and an indication that Shettima may be managing the illness (Arthritis).

Meanwhile, the recent revelation posses a question on the health conditions or status of all the presidential candidates and their running mates in the forthcoming 2023 general election.