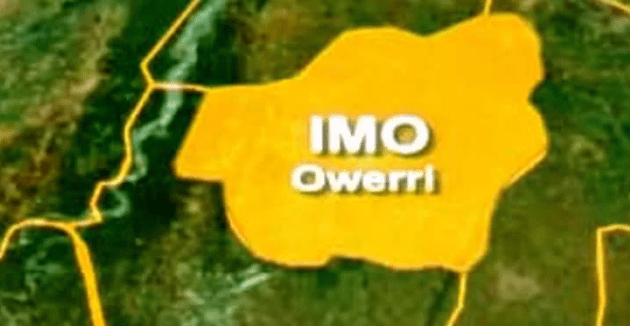 The lawyer in a statement to his colleagues, in Owerri, the Imo state capital, on Monday, said the killers of his father-in-law trailed him from Amaraku in the Isiala Mbano Local Government Area of the state to Orji where his father-in-law and the two priests were cought up by a traffic- gridlock.

Ejimonye, said that the criminals shot his father-in-law severally and immediately abducted the two catholic priests he was carrying in his vehicle on Friday evening

He said that his father -in-law was rescued by eyewitness but he unfortunately died before they could get to a hospital.

The statement read “I wish to announce the demise and sudden death of my father in law, Mr. Valentine Enwere known as “Oga Val” as popularly known at Orji mechanic village.

“He was shot dead by kidnappers at Orji after fleeing from them from Amaraku to owerri and surviving the series of gun shots at his vehicle but was caught up by the hold -up at Orji but on attempt to escape after coming down from his vehicle, he was shot five times
at the back.

“The kidnappers then left with the two Rev. Fathers that were with him in the car and zoomed off.

“Attempt by passers to rescue him and take him to the hospital proved abortive as he died on the way to the hospital.
It is really regrettable on the situation of this our state and what it has turned into.”

When contacted by our correspondent, the lawyer said that the incident had been reported at the Anti- kidnaping Unit of the state Police command in Owerri, the state capital.

He however said that his father-in-law was the person who could have known the identities of the kidnapped catholic priests and the diocese they were from.

When contacted by our correspondent, the Director of communications of Owerri Catholic archdiocese, Rev’d Fr Raymond Ogu, said that the archdiocese had yet to receive any report about any missing priest in any of its parishes as of the time of filing this report.

He however promised to get back to our correspondent should any report regarding to the development was reported to the archdiocesan headquarters.

The spokesperson for the command in the state, Micheal Abattam, had yet to respond to an inquiry concerning the incident as of the time of filing this report.