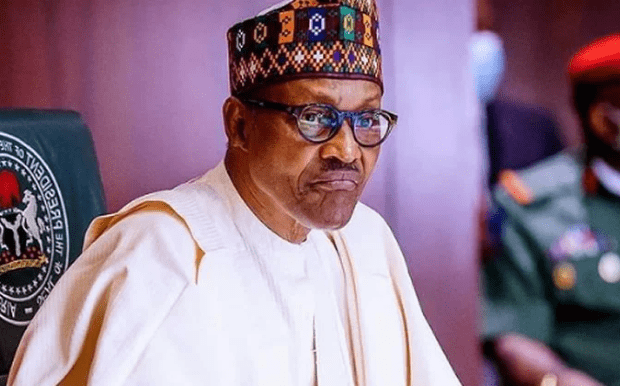 Federal Government has insisted that it will not succumb to the demand by Academic Staff Union of Universities, ASUU, for its members to be paid the six months salaries withheld over the ongoing strike, saying it was meant to be the penalty for their needless action.

He spoke on a day ASUU explained the reason it walked out of the negotiation meeting with the Federal Government team on Tuesday, saying the Prof. Nimi-Briggs-led committee presented award of a Recommended Consolidated University Academic Salary Structure, CONUASS, prepared by the National Salaries, Incomes and Wages Commission, which was unacceptable.

Adamu, flanked by the Minister of State for Education, Goodluck Opia, explained that not paying the backlog would deter others who might contemplate strike in future.

He stated that government rejected ASUU’s demand to be paid the salary backlog because it believed there had to be penalties for their action.

He said: “The standard government has taken now is not to pay the months in which no work was done. I think this is the only thing that is in the hands of government to ensure  there is penalty for behaviour such as this.

“So, I believe teachers will think twice before they join strike if they know that at the end, they are not going to be paid and the Federal Government is not acting arbitrarily. Before, it was some magnanimity on its part, there is a law which says if there is no work, there will be no pay. I believe this will be a very strong element that will be deterrent from going on strike.”

UTAS not yet adopted as official payment platform for ASUU.

Adamu said the University Peculiar Personnel and Payroll System, U3PS, and the University Transparency Accountability Solution, UTAS, outscored the Integrated Personnel Payroll and Information System, IPPIS, during the integrity tests conducted by NITDA, affirming that ASUU‘s peculiarities would be accommodated in whatever platform that might be adopted.

He also debunked the report that UTAS had been approved by government as the payment platform for university teachers.

Asked whether the government has accepted UTAS as being speculated as the payment platform for the university teachers, he categorically said no.

He said:  ” The government has not approved UTAS.  The last on this issue is that a committee has worked and tested all the three platforms—IPPIS, UTAS, U3PS, and the preliminary result shows that these two new ones are better than IPPIS in so many respects but the decision of government will depend on what ultimately is given in the report that is being put together.

“There are many parameters, the ICT people tested these three platforms, the only one I can remember is stress test but there were many tests and scores given and on the balance, you find out that the U3PS and UTAS outscored IPPIS.”

He said the three university-based unions currently on strike had accepted to call off the strike in the next one week, except for ASUU that had remained adamant, insisting that its members be paid the five months their salary was stopped.

He, however, noted that ASUU had begun consultations with its members to determine whether to call off the strike as well.

Asked why he was unable to meet the two to three weeks deadline to resolve the impasse with the university-based unions, he said there was no such thing as ultimatum from the president to him.

He said:  “On the negotiations, I have six unions I am dealing with, ASUP, that is the Academic Staff Union of Polytechnics; COEASU, College of Education Staff Union, NASU, SSANU, NAAT and ASUU.

‘”Recently, we had a meeting with the president and let me even go back to that meeting. During the meeting, education demanded to start leading the negotiations. I don’t want to tell you what led to education not doing so and this was granted and you were all here and one source you still haven’t named him or her came to tell you that the president has given a two-week ultimatum to the Minister of Education.

“It was a lie; the President never gave me any deadline, so you shouldn’t start asking me whether I have delivered it in two weeks or three weeks. I know I promised that I could do it within the shortest possible time and for your information, one week after that pledge, I had already finished my job because I had given all the six unions the offer made by the government.”

The minister also said it was the responsibility of ASUU to compensate students for the time wasted from the six-month strike, and not the Federal Government.

He suggested that the affected students should “take ASUU to court” to claim for damages incurred over the strike period.

According to him, the Federal Government bears no liability to compensate millions of students grounded for six months over lost time.

He said if the students were determined to get compensated, they should take ASUU to court.

The minister said Buhari’s administration had expended N6,003,947,848,237 in capital and recurrent expenditure on the education sector in the last seven years, explaining this was in addition to interventions from TETFund and UBEC, amounting to N2.5 trillion and N553,134,967,498 respectively in capital investments.

Why our meeting with FG ended in deadlock—ASUU

According to the union, the report also provided a platform for resolving such important issues as special Salaries and Conditions of Service of University Staff, University Funding, roles of Pro Chancellors, Vice-Chancellors, and National Universities Commission, NUC.

It noted that a key outcome was a special salary scale for university staff known as University Salary Structure, USS.

Accusing the government of insincerity in its approach to resolving the lingering crisis in the university academic system, the union demanded that the Federal Government, through the Ministry of Education, should return to the new draft agreement of the 2009 FGN/ASUU renegotiation committee whose work spanned a total of five and half years as a demonstration of good faith.

ASUU in statement signed yesterday by its president, Emmanuel Osodeke, expressed anger that the “award” presented by the Nimi Briggs-led Team came across in a manner of take-it-or-leave-it on a sheet of paper,” noting that no serious country in the world treats its scholars this way.

In the statement, tagged “Why ASUU Rejects Governments Award of Salary,” the union claimed that government imposed the ongoing strike action on ASUU and had encouraged it to linger because of its provocative indifference.