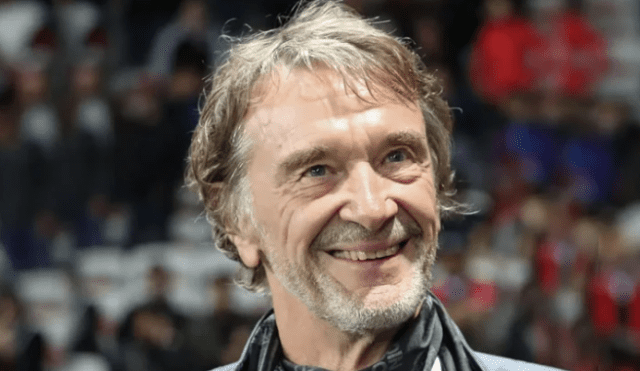 News of the 69-year-old’s interest follows a Bloomberg report that the Glazer family are willing to sell a minority stake in the club.

“If the club is for sale, Jim is definitely a potential buyer,” Ratcliffe’s spokesperson told The Times, the BBC Sport reports.

“If something like this was possible, we would be interested in talking with a view to long-term ownership.”

United, 20-time English champions, are bottom of the Premier League after losing both their opening games of the season under new manager Erik Hag.

The woeful start has intensified criticism of the Glazers and their perceived lack of investment in the team.

The club has struggled since Sir Alex Ferguson retired in 2013 and has not won a trophy since 2017.

There have been multiple protests against the Glazers’ ownership in recent years, including one in May 2021 which caused the Red Devils’ home league match against Liverpool to be postponed.

Man United fans are planning another protest against the American family during their latest meeting with their Anfield rivals on Monday at Old Trafford.

Lancashire-born Ratcliffe, the majority shareholder of chemical group Ineos, is a boyhood fan of the club. He also owns French side Nice, Swiss club Lausanne-Sport and Ineos Grenadiers cycling team, while Ineos has a partnership with the Mercedes F1 team.

“This is not about the money that has been spent or not spent,” the spokesperson added. “Jim is looking at what can be done now and, knowing how important the club is to the city, it feels like the time is right for a reset.”

Man United Supporters’ Trust cautiously welcomed the interest from Ratcliffe but said a takeover would need the support of fans.

A MUST spokesperson told the BBC Sport: “While supporters have called for change, this of course has to be the right change.

“Any prospective new owner has to be committed to the culture, ethos and best traditions of the club. They have to be willing to invest to restore United to former glories, and that investment must be real new money spent on the playing side and the stadium.

“Finally, any new ownership structure must embed supporters, including a degree of fan share ownership, in their operating model.”

Earlier on Wednesday, Elon Musk, the world’s richest man, said he was joking after tweeting he was going to buy the Man United.

In May, Ratcliffe made an unsuccessful £4.25bn offer to buy Chelsea after owner Roman Abramovich put the London club up for sale.

At the time, Ratcliffe told BBC Sport he was still a Man United fan and the reason he was not bidding for the Red Devils is because they were not for sale.