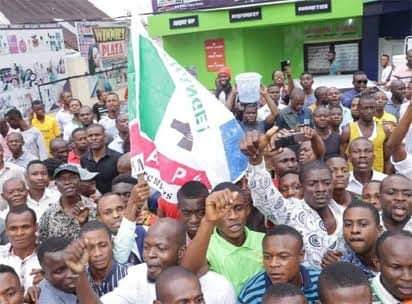 The All Progressives Congress has set up a task force to commence immediate registration of students and revalidation of its members across the country.

The inauguration of the task force, which took place on Wednesday at the party headquarters in Abuja, was believed to be a response to the cult following of the former Anambra State governor and Labour Party presidential candidate, Peter Obi, on social media.

Obi had dumped the Peoples Democratic Party for Labour Party to keep the dream of his presidential ambition alive.

His growing profile and frugal lifestyle have ignited calls among his youthful supporters who have taken over the social media space with calls for a peaceful revolution through mass registration for permanent voters’ cards, jingles, and door-to-door campaigns ahead of the 2023 election.

Worried by the trend, the National Youth Leader of APC, Dayo Israel, on Wednesday announced the formation of a task force to immediately commence the registration and revalidation of students and youths in the country.

Israel disclosed that the task force has been mandated to coordinate the registration and revalidation exercise of students and youths-led support groups into a recognisable structure.