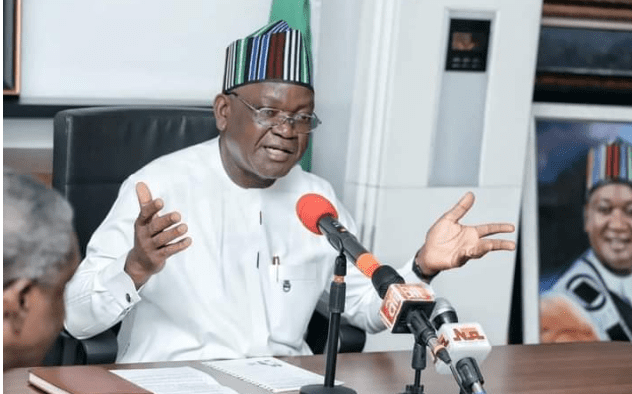 He insisted that the PDP has treated Wike, a former presidential aspirant of the party, badly.

Ortom, who appeared on Arise TV on Wednesday morning, also claimed that it was Wike who brought him back to the PDP in 2015 when he was treated unjustly.

“Why do you just send calls to Wike, you should have to go to him,” Ortom said.

“When people left the party, Wike was on ground. It was Wike that brought me back to PDP when I was treated unjustly.

“He brought me back to PDP in 2015. You have treated Wike badly. The party and national level should go to him and appeal to him. He came second to Atiku.”

It was reported that Wike has been involved lately in closed-door meetings with some top politicians who visited his country home shortly after the 2022 PDP presidential primaries and controversial selection of Governor Ifeanyi Okowa as running mate.

Just last week, the governor met with Peter Obi, presidential candidate of the Labor Party; Governor David Umahi of the All Progressives Congress, APC; Senator Rabiu Kwankwaso of the New Nigerian People’s Party, NNPP; and the Bauchi State Governor and former presidential aspirant, Senator Bala Mohammed of the PDP in his private residence in Port Harcourt, the state capital.

The visits were a sequel to a strong rumour of Wike’s alleged plan to dump the PDP after failing to make the cut in becoming a running mate to the flag bearer of the party for the 2023 election, Atiku Abubakar.

Recall that Wike came second in the May 28/29 presidential primary, which was won by Atiku, who garnered over a thousand votes to beat other contenders.

Meanwhile, Wike left the shores of Nigeria for a holiday in Turkey.

He shared some pictures of his vacation on his official Twitter handle on Tuesday, where he posed with his Abia State counterpart, Okezie Ikpeazu; former Commissioner for Sports in Rivers State, Boma Iyaye; and Marcus Nlee.